Alexander Bublik vs Roberto Bautista Agut: Betting on the Spaniard 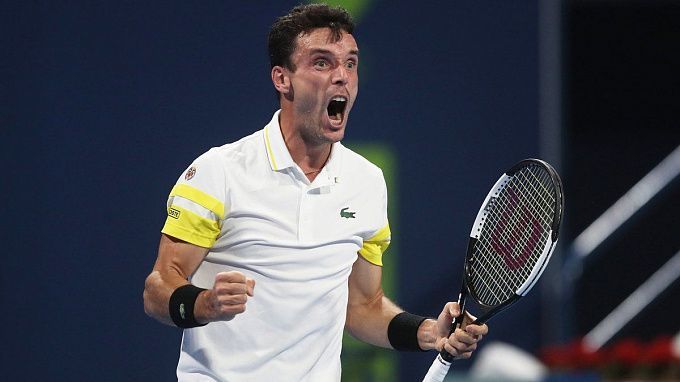 The next opponent for Alexander Bublik at the tournament in Montpelier will be Spaniard Roberto Bautista Agut, the 19th racket of the world. They have played twice in the tour, so far the score of the confrontation 1:1, and, importantly, the only victory over Roberto came at the Kremlin Cup indoor.

Two matches - two wins, that’s the statistic of the Kazakhstani in Montpellier. First, Alexander was stronger than Griekspoor of the Netherlands, beating him on two tie-breaks. In the last 16, Bublik defeated Herbert 6:3, 7:6, 6:2. Bublik played a quality match, good on his serve and reception. However, Erber is only 113th in the ATP rankings, while Roberto is in the top 20.

Roberto Bautista Agut reached the third round at the Australian Open, knocking Travaglia and Kohlschreiber out of the draw but lost in five sets to Fritz. The Spaniard led 2:1 against the American but lost the next two games, 4:6, 3:6. In Montpellier, Bautista Agut played only one match, and it was not finished because of Simon’s 6:4, 3:2 loss to the Spaniard. Roberto had 69% of his second-serve points, higher than his first-serve win percentage. A very balanced game, which logically makes the Spaniard the favourite against unstable, both mentally and game-wise, Bublik.

A year ago, in the first decade of March, Bublik and Bautista-Agut played each other in Doha, and that match ended with a confident victory of the Spaniard 6:4, 6:3. We believe the upcoming game will also end in Roberto’s favour. However, it is unlikely the match will be as short-lived, Alexander has improved during the year, and it is doubtful that indoors can be called Roberto’s strong suit. The Spaniard won his only indoor tournament back in 2016 in Sofia.