Alexander Zverev vs Holger Rune: a Victory for the German in a Protracted Match? 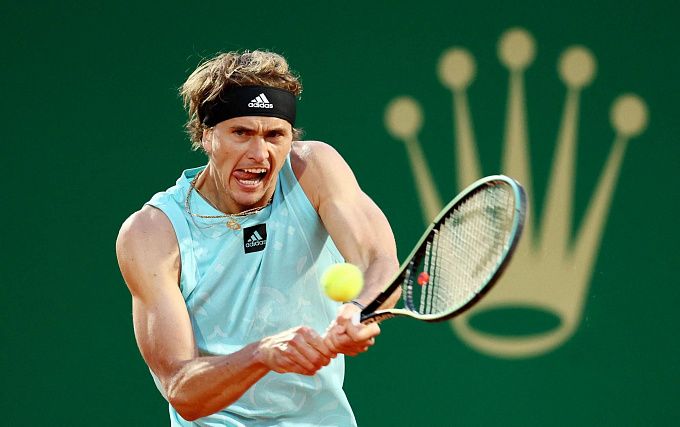 Alexander Zverev's first opponent at the Munich clay tournament will be the Danish tennis player, #70 in the world. The guys have not met each other in the tour, and bookmakers consider Zverev a big favorite of the meeting.

After the Masters in Monaco, Alexander Zverev missed last week and the tournament in Barcelona, deciding to prepare for his home competition. The third-ranked player reached the semifinals in Monte Carlo, where he lost in two sets to Stefanos Tsitsipas 4-6, 2-6 in an hour and 15 minutes. Alexander had a very weak match against the Greek, his serve was poor and he had many reception errors. Only three aces and four double faults, Zverev won only 35% of the points on his second serve. The only thing Alexander could was rallies after receiving Tsitsipas' second serve. Before losing to the Greek, the German knocked Delbonis, Carreño-Busta and Sinner out of the Monte Carlo Masters, a pretty good set of scalps for a single tournament.

Unlike Zverev, Rune has played 15 matches on the court this season, with one in Cordoba, Buenos Aires, and Santiago in South America. The Dane was unsuccessful on the other continent, but Holger won at the Italian challenger in San Remo. In Monaco, Rune qualified by eliminating Albot and Cressy. In the main draw, the Dane outplayed Karatsev but lost to Kasper Ruud. Rune gave the Norwegian a two-hour fight. The guys played a tie-break in the first set. In Belgrade, Rune beat Garin, strong on the clay, but lost to Daniel. And in the first round of Munich, Rune beat Lehecka quite confidently. Given Rune's good form and excellent practice on the clay court, we doubt that Alexander will have an easy walk on Wednesday.

Obviously, Zverev in Munich wants the title, any other result for the German would be a failure. However, in the first round Alexander has a difficult opponent, having good playing practice on the clay. In addition, unlike Zverev, Holger already had one official match in Munich and won it convincingly, which is also a plus for the Dane. In general, we expect a tough three-set match, in which the German's class should be exposed.