Alize Cornet vs Angelique Kerber Prediction: This can be a lengthy game 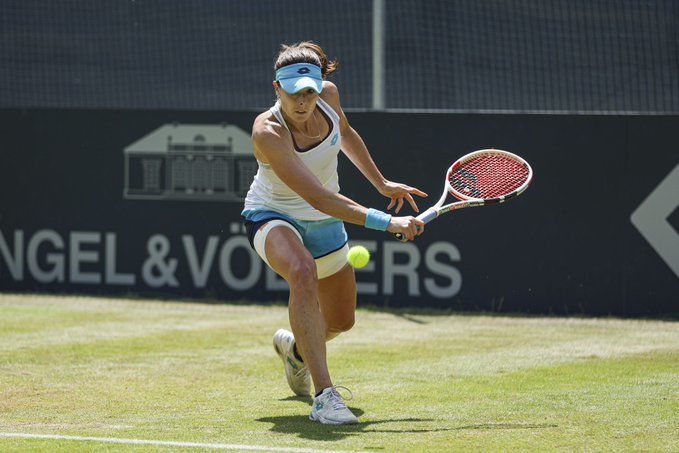 As we get closer to Wimbledon, there is no doubt that the excitement level of tennis enthusiasts is going to peak even more. The tournaments before Wimbledon are practise rounds for the high-ranked players and can be wonderful momentum boosters. The same goes for BAD Homburg Open which has reached its last few stages. And in the Quarterfinals, Alize Kornet will clash against Angelique Kerber.

Alize Cornet is 32 years old right now and is surely in the twilight of her career. Despite that, she can take care of the business of most players ranked under 50 in the majority of instances. Alize Cornet reached the Quarter-Finals after beating Tatjana Maria 7:6, 6:4. Against Maria, Alize’s first serve % of 78 was impressive while she also won 22 receiving points compared to 17 by Maria.

Cornet is five feet eight inches and she is surely an average height for a women’s tennis player. Cornet likes playing behind the baseline and has developed a smart game, taking advantage of her opponents’ speed and varying her angles and trajectory. However, her tendency to commit double faults and with serves has held her progress back, especially against elite players

For tennis lovers, the name of Angelique Kerber is a familiar one and she surely has built a reputation of being one of the grittiest players that you’d ever see. In the Round of 16, Kerber defeated Lucia Bronzetti in two sets in what was a highly one-sided game. This win came after she had defeated Anastasia Gaasnova in two sets. In the game against Lucia, Angelique had an incredible 82% win on second serve.

And that is not a surprise, considering how Angelique likes to exhaust her opponents and has developed a patient game. Although she isn’t aggressive such as elite players like Sabalenka, her precise execution has lengthened her career. She still remains athletic and can counter long rallies well.

Kerber and Cornet have met seven times so far and know each other well. Out of the seven games, Kerber has won five times. Do remember that most of the wins by Kerber have come on clay whereas Kornet holds the advantage on the grass with a two-nil record.

In terms of the body of work, Kerber has fared much better than Cornet but on the grass or hard surface, Cornet has done an incredible job against the German. The thing is that Kerber is a much better player on clay than on grass but she has shown some improvements lately for sure. This is not an easy one to predict and I think this can go to three sets.