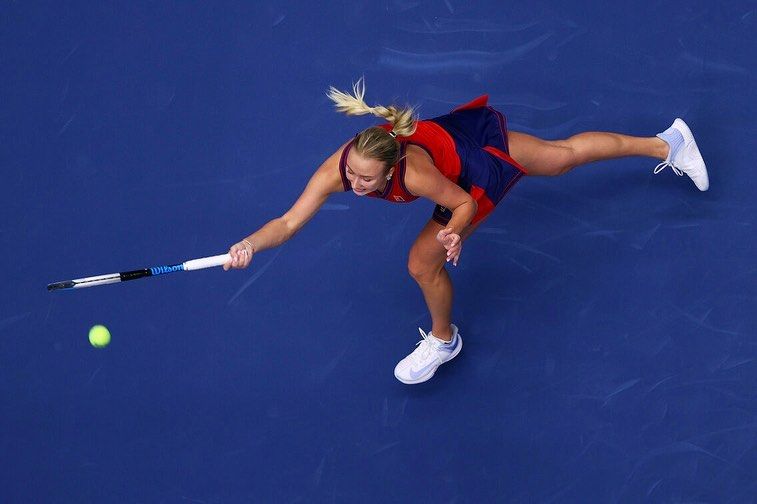 The US Open isn’t far away and the Grand Slam is one of the biggest tennis events of the year as it features the cream of tennis players tussling against each other. Before that, we are going through the Cincinnati Masters which has given us some great games already. And when it comes to the WTA, there is no shortage of surprises, and will there be another surprise when Simona Halep takes on Anastasia Potapova?

Simona propelled herself to a top-ten ranking after winning the Candian Open title where she defeated Beatriz Haddad Maia in the Final(6-3, 2-6, 6-3). This is barely a surprise from the number one Romanian player who has been a former WTA world number one for more than a year. She has seen her fair share of battles and even after slowing down a bit, she has continued to be a huge factor.

During Wimbledon, she reached the Semis, only to lose to Elena Rybakina. During the preceding tournaments, Simona was mostly reaching Semis but lost there, but she broke the curse during the Canadian Open. Therefore, Simona will enter the Cincinatti Masters with a ton of confidence and as one of the title favorites. She showed the tendency to break the serve but was committing too many double faults, and that can make things complicated sooner than later.

Anastasia is just 21 years old and a part of the young movement that contains stalwarts like Leylah Fernandez, Emma Raducanu, Cori Gauff, Amanda Anisimova, etc. While results can be lean against top talent, Potapova has always been in limelight ever since winning the Wimbledon Girls’ singles in 2016 and since then she has enjoyed decent success in the WTA circuit.

Potapova has done a great job of beating some big-time players including Anett Kontaveit but she still needs to do a lot of work. She enters the Round of 64 as a lucky loser, having lost to Anna Kalisnkaya during the Qualifiers. The Russian is outside the top-50 ranked players and it is an uphill battle to reach there. That is why games like this one against Simona help in building character.

Halep and Potapova have met twice and Halep won both times. Anastasia is yet to win a set against Halep.

Halep is known to take care of business against young and still developing players like Anastasia and she is a gifted tactician. Simona will enter as the clear favorite and Anastasia will have to do a lot of work to pull through here. I don’t see her winning a set here and Halep taking this game comfortably.