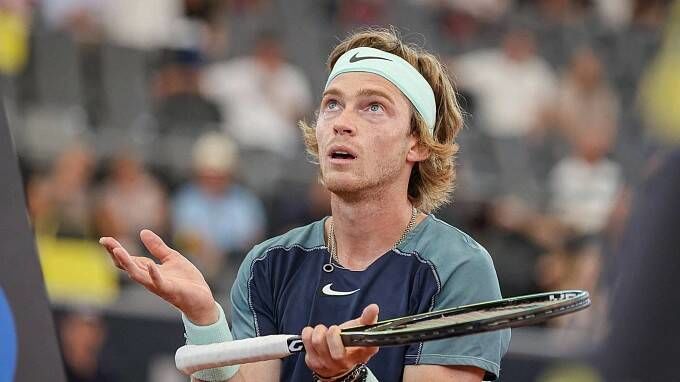 In the Washington tennis tournament's semifinals, No.8 Andrey Rublev will meet with No. 96 Yoshihito Nishioka. Andrey is quoted as a big favorite, which is logical, given the status of the opponent and the result of the last face-to-face meeting.

Following Draper and Cressey, Andrey Rublev confidently knocked American Wolf out of the Washington tournament. He won the match against Jeffrey for one hour and 20 minutes in two sets, 6-2, 6-3. Andrey made eight aces and two doubles faults, getting 79% of his first serve points and 69% of his second. On the receiving end Rublev had the following statistics: 41%/57%.

For the Japanese, the upcoming match will be his fifth in Washington. Yoshihito knocked Brooksby, De Minaur, Khachanov and Evans out of the draw, losing only two sets. His quarterfinal match against Evans lasted three hours and 35 minutes, Nishioka won in three sets, 7-6, 4-6, 7-5. During the match the Japanese fired twice and made three doubles faults, winning 63% of points on first serve and 46% on second serve. On reception Nishioka had the following statistics: 26% of points won on the first serve and 60% on the second.

Obviously, Andrey Rublev wants to win the tournament. Nick Kyrgios is a very likely opponent for Rublev in the final. He can beat the Australian only being fresh and in the best possible shape. That's why we think Rublev will try not to drag out his semifinal match, winning it in two sets.