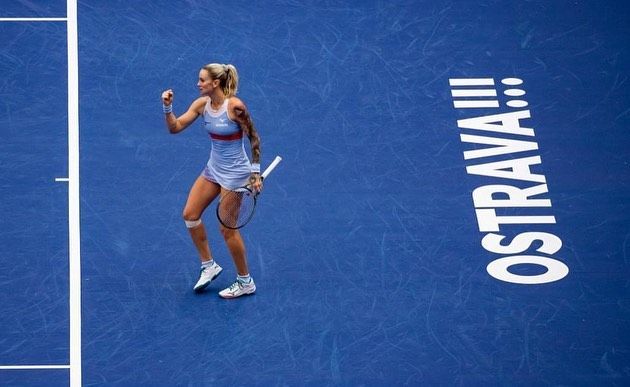 Several knockdown blows have been dealt in the Ostrava Open and even the champion-level players have had to play out of their skins to progress. Such is the world of professional tennis, where you can get out early against a much lower-ranked player. Will that happen to Anett Kontaveit when she will take on Tereza Martincova.

As she is the defending champion, Anett earned a wild card to the Round of 16 and didn’t have to play the first round. Unfortunately, her play has dropped in the second half of the year and the Estonian who dominated the WTA tour for many months hasn’t been the same since her bout against COVID-19. But hold on there, it doesn’t mean she isn’t getting a deep run here and there. During Tallinn Open, she made it to the Final but lost to Barbora Krejcikova. Can she build upon that momentum here because she has suffered early exits against players that are not even in the top 50 lately?

Tereza comes into the game after a grueling 7-6, 7-6, two-tiebreaker battle against Jil Teichmann. In that game, her serve was on fire as she lodged a 79% first serve but it was her return game that rescued her cause. She had a decisive 46:36 advantage on receiving points. She had won a similar number of service games to Teichmann but survived in the tiebreakers. Martincova has beaten some tough players but overall, she hasn’t made a deep run for a substantial period of time.

Martincova and Anett have met thrice and all three times, Anett has come on top. They both last met during the recently concluded Tallinn Open, where Anett won comfortably in two sets.

And that sort of play is what Anett will give favorable odds against Tereza. There is no doubt that Martincova will enter here as the underdog but she is an experienced player, you never know when such a player turn it around. Do I see that happening here though? Well, it is WTA, you don’t know what to expect really. At any rate, I do expect Anett to win comfortably in two sets again.