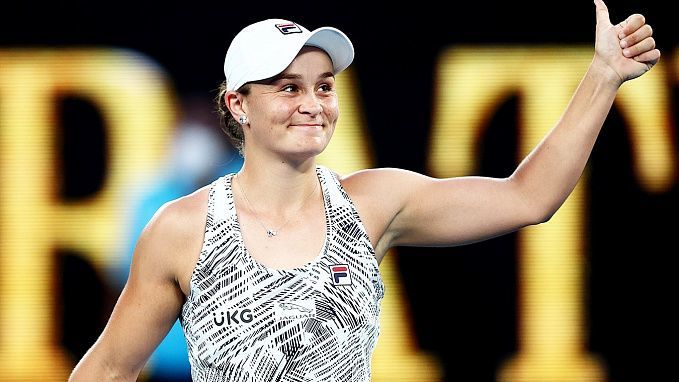 The women's final of the Australian Open will meet Australian Ashley Barty, #1 in the WTA ranking and American Danielle Collins, number 30 in the world ranking. They are pretty familiar with each other, having played four times on tour, 3:1 in favour of Barty. However, the last meeting was for Danielle. A year ago, the American defeated the Australian in Adelaide.

Ash won Roland Garros in 2019 and Wimbledon in 2021, but in the finals of the Australian, Open Ashley has not yet participated, just like her future opponent. We have to reiterate that the Australian is in great shape, maybe the best in her entire career. In Melbourne, Ash has not lost a single set so far. It took her one hour and two minutes to beat Madison Keys in the semifinals. Fantastic speed, considering the status of the match.

For Collins, the current tournament is also going very well. The American lost only two sets in six matches on the AO: Towson and Mertens. In the quarterfinals, Danielle defeated Cornet, in the semifinals Swiatek. Before Melbourne, the American had not played a single match at the official level. Collins' eventual victory over Barty is not very believable; however, the American has a track record of beating Ash. A year ago, Danielle beat the world number one in two sets in the last 16 in Adelaide, Australia.

Collins is having a great tournament, but there are doubts about the American's ability to put up a fight against someone like Barty. Ash has crushed all her opponents at the Australian Open without losing a single set. On the side of the Australian will also be the audience in the stands, which is an essential factor. In the final pair of the women's Australian Open. We bet on another confident and possibly smashing victory of Ash Barty.