Ashleigh Barty vs Jessica Pegula: No Chance for Jessica 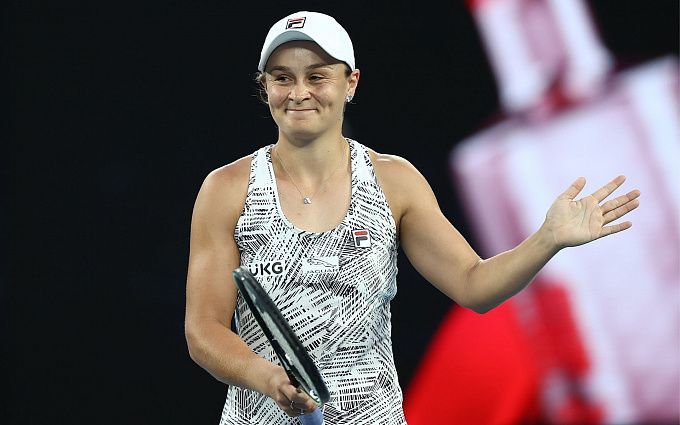 The main favourite of the Australian Open women's draw, Ash Barty, will face Jessica Pegula, whom the Australian has already beaten once on tour in the quarterfinals. It makes sense that Ashley is quoted as the favourite. On the side of the Australian will be not only the statistics of personal meetings but also the crazy support of the spectators in the stands.

At the start of the 2022 season, Ash looks like a victory machine on the court. In eight matches played since January fifth, she has achieved eight wins, losing only one set in that period, to Gauff, back in Adelaide. In Melbourne, Barty has four 2:0 wins over Tsurenko, Bronzetti, Giorgi and Anisimova. The game against Amanda lasted one hour and 16 minutes, 6:4, 6:3. Almost no chance for the American.

Pegula got off to an unimpressive start to the season, losing her first two matches, Begu in Melbourne and Garcia in Sydney, both 0:2. In the first round of the Australian Open, the American barely defeated the Ukrainian tennis player Kalinina in three sets. Then, Jessica got total over: 2:0 victories over Pera, Parrizas-Dias and Sakkari. The match against the Greek lasted an hour and 37 minutes. The girls played a tie-break in the first set. Pegula won the second game 6:3.

The only head-to-head meeting between Pegula and Barty at Roland Garros 2019 ended with a confident 6:3, 6:3 victory for the Australian. Pegula is having a great tournament, but it's doubtful that the American will put up a fight against the world number one. We expect one more victory for the Australian. We think Barty will reach the -5.5 handicap against Pegula again.