Ashleigh Barty vs Madison Keys: Another resounding win for the Australian 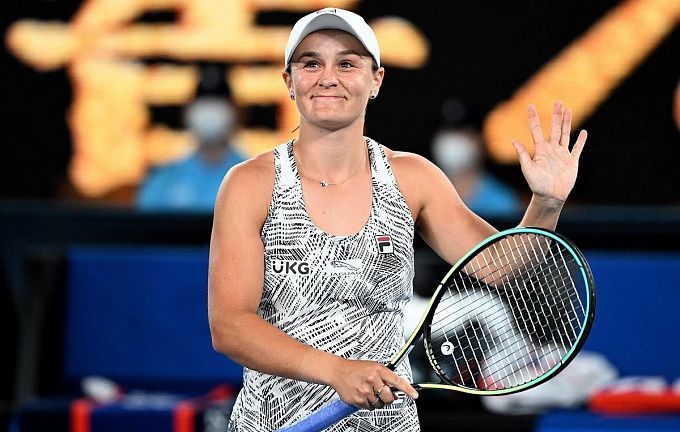 Ashleigh Barty is the clear favorite for the upcoming semi-final. The Australian is in terrific form and it is hard to believe that Madison Keys will be able to compete with her.

2022 has not seen Ashleigh Barty lose a single match. Before the Australian Open, the world No. 1 won a tournament in Adelaide, defeating Rybakina in the final. In Melbourne, Barty defeated Tsurenko, Bronzetti, Giorgi, Anisimova and Pegula one by one and has yet to lose a set at the Major. Barty is good both on serve and receive, near-perfect tennis, and is sailing through the tournament to her first title at the Australian Open.

Madison is already the Australian Open sensation. That the American is in good form we saw at the second tournament in Adelaide, but few expected Keys to be able to get this far up the ladder in Melbourne. The American has lost only one set at the Australian Open, to Wang Qiang in the third round, knocking out two WTA top-10ers, Badosa and Krejcikova.

Barty went through Pegula in the quarterfinal, outplaying the American in just over an hour, 6-2, 6-0. Now there's every reason to believe that Barty will have it easy with Madison Keys either. The Australian and the American have played each other three times, 2-1 in favor of Barty, but the last meeting dates back to June 2019, and since then, Barty has improved very much. Again, we doubt that Madison will be able to resist Barty decently, we bet on a confident victory of the Australian: H1 (-4.5) for 1.83; TU (17.5) for 3.88; H1 (-4.5) for 1.76.