Aslan Karatsev vs Lorenzo Sonego Prediction: Expecting the Italian to Win in a Three-Sets Match 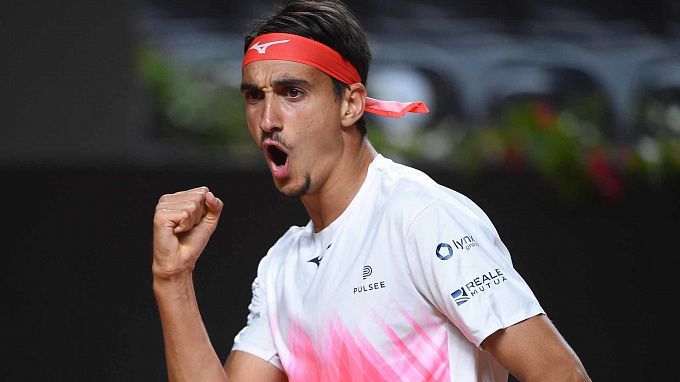 In the first round of the tennis tournament in Bastad, Sweden, Aslan Karatsev will face Lorenzo Sonego, No. 54 in the ATP rankings. The guys played each other twice and both matches ended with Aslan's win. However, despite the statistics of their head-to-head encounters, the bookmakers are on the side of the Italian.

The grass part of the season for Karatsev both started and ended poorly: only four matches and three losses. But Aslan was also bad on the clay, having played seven matches in six tournaments: 1:6 in favor of his opponents. Statistically it's been a mess, but the last grass matches in Halle and Mallorca weren't pure failures after all. The victory over Munar and 3 set matches against Khachanov and Medvedev. Apparently, Karatsev is not exactly in shape, but he is not as vulnerable as he seemed to be in the clay part of the season. The main thing is that now his mental health does not let him down.

On the clay and grass Sonego had better results than Karatsev. For example, at Roland Garros the Italian made it to the third round, losing in five sets to Ruud, one of the best clay courters. Lorenzo participated in the four grass tournaments reaching the third round of Wimbledon where Nadal kicked him out. In general, Sonego was quite stable, winning the most matches in which he was the favorite. It makes sense that the Italian is expected to win. Lorenzo has the advantage in the playing practice, tonus and morale on his side.

Karatsev is gradually getting better, but he has a tough and motivated opponent ahead. Surely Lorenzo remembers his two losses to Aslan and will do everything he can to get revenge. Tonus, practice, confidence are on the side of the Italian. We think that Sonego will win in the end, but we doubt it will be a quick match.