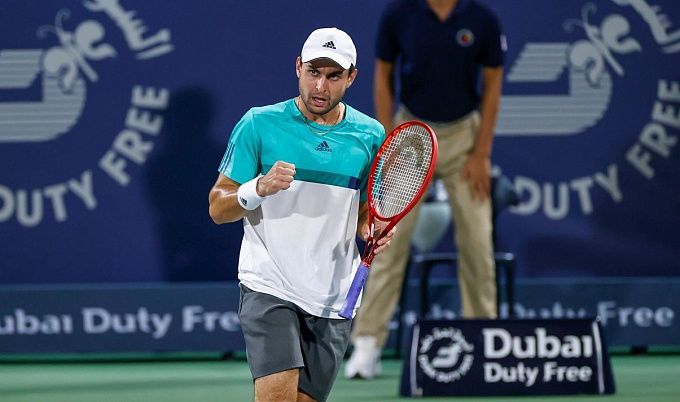 It's been two months since Karatsev and McDonald met in Melbourne. Since then, Karatsev has had negative statistics, but after a black run comes a bright streak. We hope that we will see the usual Aslan in Dubai, assertive, stable, and strong-willed.

At the Australian Open, Karatsev reached only the third round. Then there were failures in Pune, Rotterdam, and Marseille, three losses in four matches and only one victory over Rune. Karatsev's statistics in this period are not impressive. We should not forget that Aslan is the current tournament winner in the UAE, and probably the Russian was prepared especially for this tournament. That means he will not try to beat his opponent with the maximum score for gaining confidence. The opponent is well-known because only two months ago, McDonald was defeated by Karatsev.

After losing to Karatsev in Melbourne, Mackenzie played in three tournaments and five matches. In Montpellier, the American beat Ivashka but lost to Zverev. In Rotterdam, MacDonald was stronger than Basilashvili but weaker than De Minaur. In Doha, the American fell in the first round to Russian Karen Khachanov in two sets within an hour and a half.

We think that Aslan prepared especially for the tournament in Dubai, although he has had a lot of failures lately. This tournament is much more essential for Aslan than Pune, Rotterdam, and Marseille. Besides, Karatsev outplayed McDonald not long ago, and nothing much has changed in the American's potential since then. We believe that Karatsev has an excellent chance to start the tournament in Dubai with a solid victory.