Aslan Karatsev vs Miomir Kecmanovic: Will the Serb Take Revenge for the Defeat in Rome? 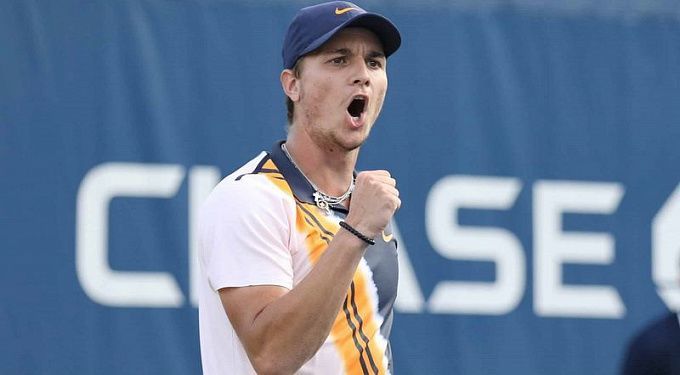 Aslan Karatsev is going to play with Miomir Kecmanovic in the last 16 of the tennis tournament in Sydney, Australia. They faced each other once, in May 2021, in Rome. That meeting was confidently won by a Russian tennis player with a score of 2:0. It is not surprising that Karatsev is the favourite in the pair.

For Aslan, the upcoming match will be the first official one in 2022. The start of the season for #20 in the world was planned for the ATP Cup. However, Karatsev contracted coronavirus and could not help his national team, reaching the semifinals. Recall that the 2021 season ended for Aslan with two defeats in St. Petersburg and Paris and a victory in the Davis Cup. Karatsev did not play any singles match in that tournament, but Aslan earned two essential points paired with Rublev. Before, Aslan became triumphant of the Moscow Kremlin Cup.

Miomir also played for the national team at the Davis Cup but lost the only hard-fought match against Kukushkin. Unlike Karatsev, Miomir has already received game practice in 2022. At the Sydney tournament, Kecmanovic was stronger than Travaglia 6:2, 6:3. The match lasted an hour and three minutes, and the Serb served six times in the game with two double errors. He was good in decisive moments on his serve, did well in general. Miomir showed good statistics at the reception, especially on the opponent's second serve, winning 50% of points.

Practice is on the side of the Balkan, but Karatsev has already beaten the Serb not so long ago in a rather tough match that lasted almost two hours. Also, do not forget that Karatsev suffered from coronavirus, and we do not know how much the disease affected his health. We doubt whether Aslan can now show his maximum, so we picked the side of Karatsev's opponent.