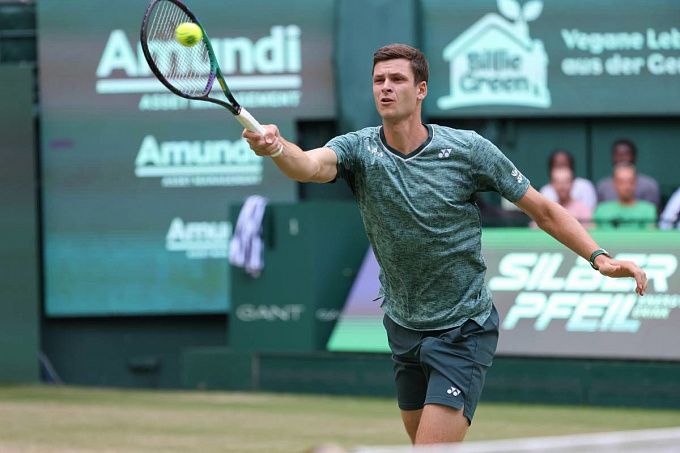 In the Astana Open round of 16, the world No. 43 Alexander Bublik will fight the world number 10 Hubert Hurkacz. The Pole is the clear favorite in the meeting. We will note that the guys have played each other three times, 2-1 in favor of the Polish tennis player.

In late September, Alexander Bublik played a tournament in Metz, where he got to the finals, but in the decisive match Kazakhstani lost in two sets to Italian Sonego. Before that, Bublik was stronger than Furness, Ruusuvuori, Rune and Wawrinka. In Astana, Alexander played one match against Griekspoor of the Netherlands. The match was three-set, Bublik won the first game with a tiebreaker, but lost the second set with a score of 4-6. Alexander played the third set on a good level, allowed his opponent to win only three games. Overall, Bublik had 15 aces and five double faults, winning 83% of the points on his first serve and 56% on his second serve. On the receiving end, Bublik had the following statistics: 47%/43%.

Hurkacz, like Bublik, played in Metz last weak, beating Thiem and Rinderknech but losing to Sonego, the eventual winner of the tournament. The Pole played one match in Astana, knocking out world No. 29 Cerundolo, the score of that game 6-2, 7-6, the match lasted an hour and 22 minutes. Hubert served 11 aces without a double fault, won 80% of his first serve points and 69% of his second serve points. On the receiving end, he had the following statistics: 29%/50%.

The guys have faced off three, the score at 2-1 in favor of Hurkacz. The first time they met was at a tournament in Dubai in 2020, Bublik winning that match 2-0. Hurkacz took revenge in July 2021 at Wimbledon 3-0, and in February 2022 he beat the Polish in Dubai in two sets.

Hurkacz has improved in the last few years as evidenced by his results and ATP ranking. He is the deserved favorite of the pair, having won two matches in a row against Bublik without losing a single set. However, we don't think Hurkacz will have an easy ride on Thursday. Alexander is playing at home and will have the crowd on his side. Both men have strong serve, so we expect a highly intensive and lengthy encounter which will see the World No.10 prevail. Here are the betting options for this match: