Lorenzo Sonego vs Hubert Hurkacz Prediction: Another 2-0 by the Pole 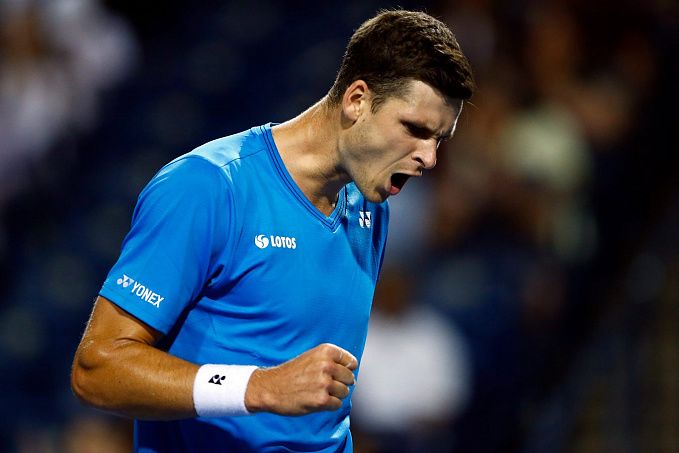 The Pole is getting closer and closer to his goal of defending his title in Metz, France. On Saturday, September 24, Hubert will face Lorenzo Sonego, the Italian and world No. 65, in the semifinals of the ATP 250 tournament. The Pole is quoted as the logical favorite for the upcoming game, with Sonego hardly a comfortable opponent for Hubert.

The tournament in Metz will be Lorenzo's first one after he failed at the US Open. Sonego dropped out of the US Open after the first round, losing to Thompson in five sets. In Metz, the Italian had three matches, eliminating Karatsev, Simon and Korda. The last match lasted an hour and a half, 6-4, 6-4 in favor of Lorenzo. During the game Sonnego avoided double faults with five aces, won 81% of points on first serve and 60% on the second, 30%/55% on the receiving end.

Hubert in Metz is fighting not only to defend the title, but also for points in the championship race. So the Pole is totally motivated. In contrast to the Italian, the Pole played two matches in France, winning both in two sets. First, he beat Thiem, then he was stronger than local player Rinderknech. The match against the Frenchman lasted one hour and seven minutes, 6-3, 6-2 in favor of the Pole. 12/2 stats aces/double faults, 85%/52% points won on the first and second serves, 40%/64% stats on the receiving end.

Hurkacz and Sonego have played each other five times, the score at 3-2 in favor of the Italian. Sonego beat Hurkacz in Budapest and Geneva, as well as on the hard court of Vienna. The Pole was stronger on the hard court of Shenzhen and Oakland. However, the last time the guys played each other was almost two years ago, and since then Hurkacz has become a top-10 ATP player.

Despite Sonego having the advantage in head-to-head encounters, we're on the Pole's side in the pairing. Hurkacz performed well in both matches on the Metz court, easily handling both Thiem and the Frenchman. We think the Pole will have no problems with Sonego in the semifinals as well, and the Italian will not take a set in the upcoming game. Here are the betting options for the meeting: