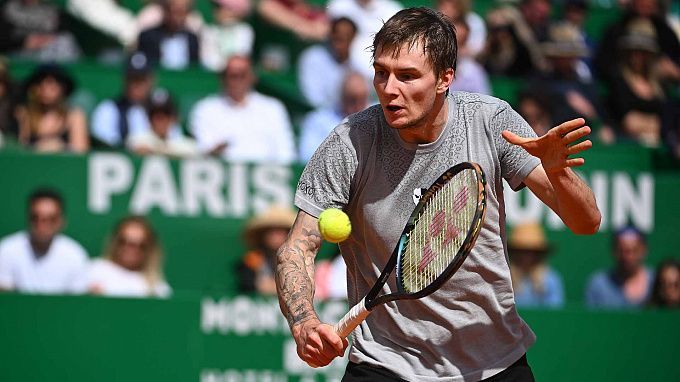 Stanislas Wawrinka will face Alexander Bublik in the Moselle Open semifinals. The men once played each other, and not so long ago, in April 2022. And that match saw the tennis player from Kazakhstan win in three sets.

Wawrinka was the discovery of the tournament in Metz. The Swiss got through the qualifiers, knocking out Pierre and Piros; in the main draw Stanislas was stronger than Souza, Medvedev and Ymer. Wawrinka's win over Daniil was the real sensation. While the tournament in Metz is only the ATP 250 series, Medvedev has not yet solved the issue of getting to the final tournament. In addition, Hubert Hurkacz, one of the main rivals of Medvedev in the fight for participation in London, performs in Metz and quite successfully at that.

It was a very busy week for the veteran, and the last two matches were 3 sets and protracted. For example, the match against Ymer lasted two hours and 47 minutes, 6-4, 4-6, 7-6 in favor of Stanislas. The Swiss had seven aces and zero double faults, won 67% of his first-serve points and 62% of his second-serve points. On the receiving end, he had the following statistics: 35%/39%.

The Kazakhstani played for his team in the Davis Cup last week, beating Fritz and Cameron Norrie. In Metz, Alexander played three three-set matches, knocking out Furness, Ruusuvuori and Rune. Frankly, there were doubts about whether Bublik could beat the Dane. The match lasted two hours, Bublik was a very risky opponent, making 10 double faults and 15 aces, winning 80% of the first serve with 41% on the second, and 33%/41% on the receiving end.

Wawrinka and Bublik have met each other only once before, in early 2022 in the round of 64 of the Monte Carlo tournament. Wawrinka was edged out in three sets, Bublik won 3-6, 7-5, 6-2.

Reaching the semifinals in Metz was not an easy task for Bublik, but Wawrinka had to work even harder and we must not forget that the Swiss is not young any more and is not recovering as quickly as the Kazakhstani. In addition, Bublik has experience of beating the Swiss, notably on Wawrinka's favorite clay court. We believe that we will see Bublik in the final. However, we doubt that Stanislas will just give up this match, we expect a protracted fight and offer these betting options for the meeting: