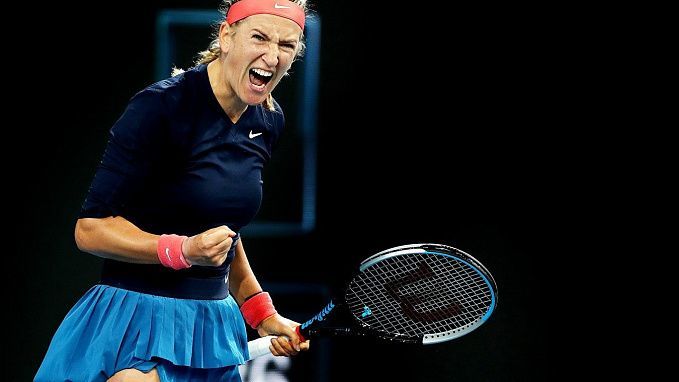 After thrashing Svitolina, Azarenka is clearly hard to bet against. What's more, Victoria beat Krejcikova not so long ago, Not surprisingly, it is the Belarusian athlete who is quoted as the favorite for the upcoming match and the odds on Victoria's victory continue to fall.

After losing in the final of the Sydney tournament to Badosa, Krejcikova played three matches in Melbourne, of course, she won them all, though not all by 2-0. In the third round, a Czech tennis player was opposed by Jelena Ostapenko, the representative of Latvia. The match between Barbora and Jelena lasted two hours and 12 minutes, Ostapenko won the first set 6-2, but the Latvian could not bring it to victory, losing two sets with the same score of 4-6. In the first two rounds, Krejcikova was stronger than Petkovic and Xu Wang.

As we suspected, Azarenka had no problem getting past Svitolina. Not only is Victoria in great form in Melbourne, but the Ukrainian is also quite a comfortable opponent for the Belarusian. But no one would have guessed that Elina would play only two games against Azarenka, and the match lasted 1 hour and 8 minutes. In terms of tennis, Azarenka looks one of the main favorites. It should be noted that in the first two rounds Victoria did not leave a chance to Udvardy and Teichmann.

Krejcikova will not give the victory to Victoria so easily, a persistent duel is expected, most likely in three sets. There is little doubt that the total in games will be broken in the end. As for the outcome, Victoria bribed us in the first three rounds, defeating not only Teichmann but also Svitolina. So we expect to see Azarenka in the quarterfinals, after a very difficult win. We offer the following betting options for this match: TO (21.5) for 1.83; Correct Score 1-2 for 4.00. TO (21.5) for 1.95.