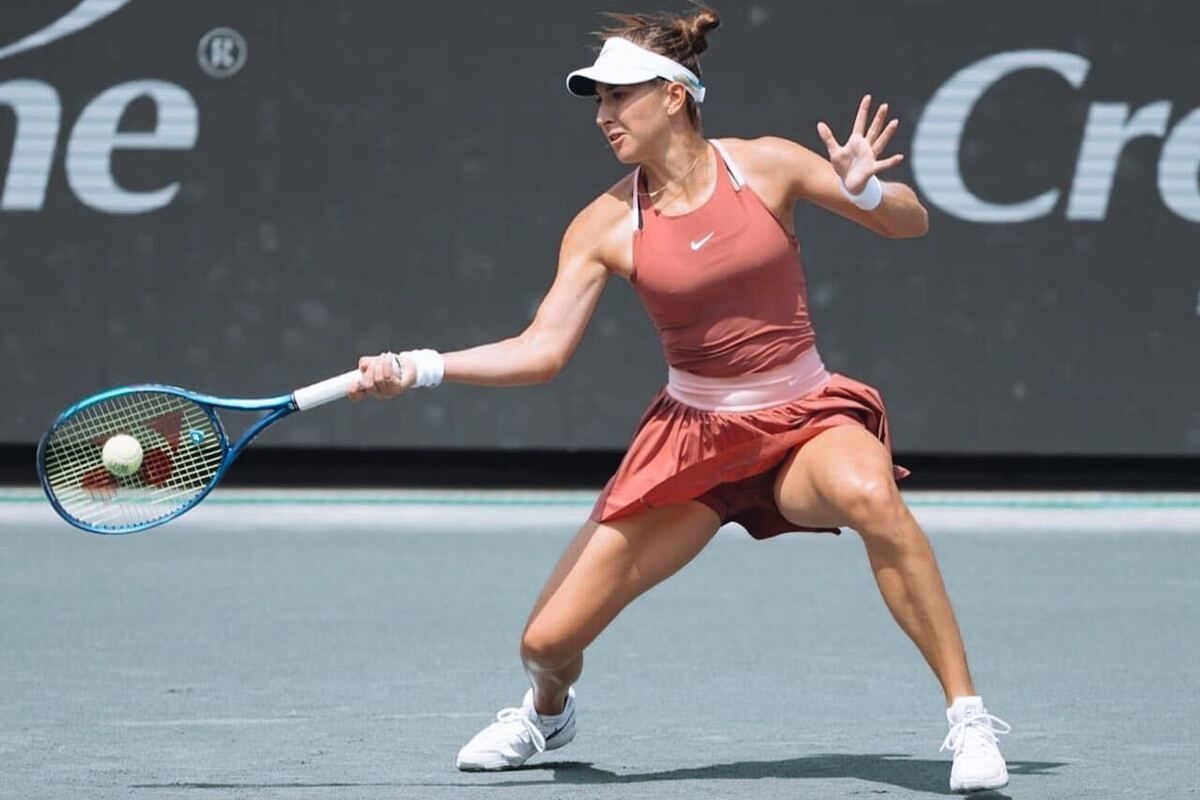 Canada has been a wonderful land when it comes to Sports and while it doesn’t have the same amount of oomph as its neighbor the USA, we have seen some incredible athletes hail from the land. At any rate, it is also a place where tennis has bloomed for a long time and what better way to kick off proceedings in the WTA scene than as Belinda Bencic takes on Tereza Martincova?

Bencic has had a rather tough year and after being a number four player in 2020, she is slumping a bit and is number 12 as of now, which is not shabby but her outings have been tough. During Wimbledon, she couldn’t grasp a win, before that, she did have a huge success in Berlin Grass Court Championships, losing to Jabeur in the Finals but apart from that, her campaign has been cut-short before going to the final four stage. Can Belinda get it together?

Belinda has a strong serve, going to the speed of 180 kmph often and thus, she is able to hit aces. However, second serve isn’t her strong suit and one of the major drawbacks is her inability to keep down double faults, which have made matters tricky for her. Bencic is a crafty player and she knows how to switch it on even on the defensive end, also has a stong groundstroke game, and doing well in cross-court exchanges.

Tereza comes into the game after losing to Victoria Azarenka during the Round of 16 in the Citi Open. Before that, she lost to Chloe Pacquet in First Round during Prague Open. Prior to that, she lost to Karolina Pliskova in the first round of Wimbledon. Similar results followed in the two tournaments before the Prague Open, where she lost in the First Round of Eastbourne Classic and Birmingham Classic. This has been the way for Martincova who has lost to quality players in the first round itself repeatedly.

Tereza’s serve game is not that strong and she ends up squandering advantage early, allowing opponents to break the serve early. Despite that shortcoming, Martincova has improved that aspect of her game over time and has done much better in that regard recently but it hasn’t been complemented by her return game.

While Martincova has shown the potential to force thrillers, she hasn’t been able to close out games which remain perhaps her biggest weakness. Bencic knows how to dictate the pace of the game and her serve game can be overwhelming for someone like Tereza who struggles a lot against higher-ranked players. That is why it is wise to back Bencic to win here.