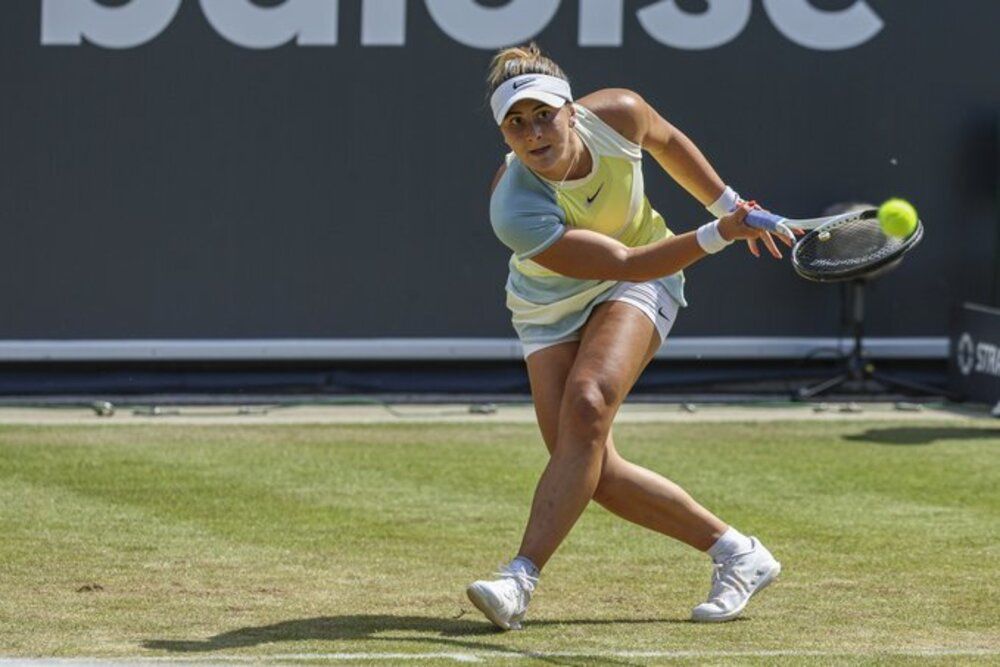 With Wimbledon knocking at our door, there is no doubt that the Grand Slam will once again captivate the fancy of a lot of tennis lovers. This is a time when the initial qualifiers have already begun for the lengthy tournament and we are bound to see some heated battles. Before that, there are still some big tournaments going on that serve as the training grounds. And this goes for the WTA Bad Homburg Open, and in the Semi-Finals, Bianca Andreescu will take on Simona Halep.

Andreescu has won all her three battles in the tournament so far and that too in straight battles. Perhaps her most impressive win came against Darya Kasatkina, who entered as the first-seeded player and was taken down 6:4, 6:1. Darya also made matters complicated for herself by committing six double faults but 55-27% advantage in the second serve played a decisive role. Bianca had also beaten seventh-seeded Martina Trevisan in the Round of 32 so she may be back in rhythm after falling in rankings for a long time.

Bianca has looked aggressive and has also combined this aggressiveness with persistence, not falling apart during long rallies and continuing to return shots at an incredible speed. It will be interesting to see how she pursues this game against Halep considering that Halep can be a bit vulnerable while playing on grass, more so than on clay. Andreescu has really looked amazing so far in this tournament.

Simona Halep is one of the most recognized tennis players and there is no need to write a long intro for her. She is still a top-20 player and you never know if she has another title left in her. Coming back to the tournament, Halep has dominated the last two rounds, she defeated sixth-seeded Amanda Anisimova in two straight sets, having an unbelievable 89 % win on the first serve and building up ten aces. In the Round of 16, she brushed Tamara Zidanesek, only allowing her to win just three games. In the Round of 32, Katerina Siniakova did take her to three rounds but Simona’s incredible grit prevailed there.

Halep’s first serve win percentage has been incredible, when it goes in the excess of 70% three times in a row, you know something special is cooking. Beginning as a “scrambler”, Halep has surely developed a more aggressive approach which has been in full flow during the tournament. Her serve speed has been too much so far and it will be interesting how Bianca handles the veteran.

Halep and Andreescu have met once before and that was back in 2019 during the WTA Finals. In that game, Halep won in three sets in what was a grueling affair and fun watch too. That game wasn’t on grass though, it was played on a hard surface.

While Halep may look as the favorite here, Bianca seems to have been getting his mojo back that made her the Indiana Wells champion back in 2019. There is a sense that this can be a three-set battle, considering how well both of them have played. Who’d I back? It is difficult to bet against Halep when she is striking the ball with such fury!