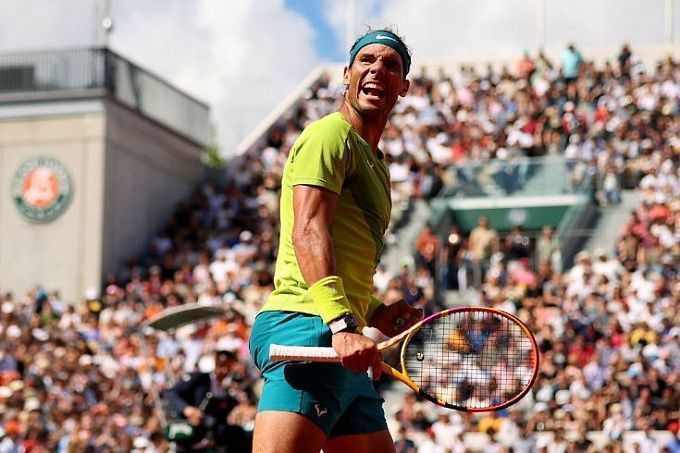 After an injury at Wimbledon, Nadal returns to the court. The first tournament for the great Spaniard after trouble in London will be the Masters in Cincinnati, and his first opponent is the Croatian Borna Coric, once a representative of the top twenty.

After the clay court portion of the season, Borna Coric has played two matches on hard court. In Montreal, Borna was unlucky with the bracket. The first opponent for the Balkan was Marin Cilic, looking very good in 2022. In Cincinnati, Borna had better luck, with the Croatian's opponent being Italian Lorenzo Musetti, the world No.33. His match against Musetti was two-set, which Coric winning 7-6, 6-3 in an hour and 51 minutes. Borna served seven aces with two doubles faults, winning 74% of his first serve points and 69% of his second serve points. On the receiving end, Choric showed a tally of 32%/50%, winners/unforced errors 31/16.

We haven't seen Rafael on the court since his July 6 Wimbledon quarterfinal. Rafael suffered an abdominal injury in his match against Fritz from which he has never recovered. Everybody was expecting to see Nadal with Kyrgios in the semi-final, but the Spaniard never got on the court. Almost a month and a half passed since then, and now Rafa is back on the court and ready to play. It's hard to say about the Spaniard's current tone, but the lack of playing practice does not mean that Nadal will have a weak match. On the other hand, Borna is not the most convenient opponent for Nadal.

Borna and Rafael have played four times and so far the score is 2-2. All face-offs were played on hard surface. Coric beat Nadal in 2014 in Basel, and in 2016 at the Cincinnati Masters. Nadal had rematches at the U.S. Open in 2015 and at the Montreal Masters in 2017.

Coric has beaten Nadal twice in his career, and for the Spaniard, the upcoming game will be the first on the hard court after an abdominal muscle injury. Nadal is clearly out of practice, and Coric has always been an uncomfortable opponent for the Spaniard. The Croatian is unlikely to knock Rafa out of the bracket, but he can get under his skin. We doubt we'll see a blowout, and so here are our betting options: