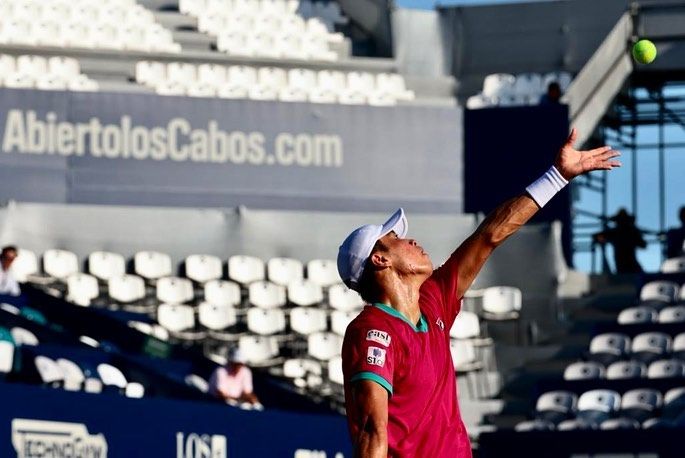 The Canadian scene is full of talented athletes and it goes for pretty much all of North America that has had a firm grasp on the sports markets for around a century now. Canada has itself produced incredible tennis players and when an ATP tournament takes place there, a lot of eyeballs are captured. And they will surely be following the game between Cameron Norrie and Brandon Nakashima.

Norrie is a gritty player, known for his “counterpuncher” style. He has enjoyed a lot of success for some years now and continues to hover in the 10-11 ranking. Norrie has been known for his patient style and constructs his points carefully, looking to exploit holes in the opposition’s plans whenever possible. Cameron has a lot of versatility in his arsenal and knows how to find spots while chasing the ball, dictating the pace of the game very well.

Norrie comes into the tournament after a charismatic run during Los Cabos Open, which was thwarted by Daanil Medvedev in the Finals. He did a fantastic job of reaching the Wimbledon Semis but unsurprisingly had his campaign cut short by Novak Djokovic. These runs prove that Cameron is able to make deep runs and has showcased the tenacity required to succeed in the tough ATP scene.

Nakashima comes into the tournament after getting ousted in the Quarter-Finals of the Los Cabos Open, where he lost to Miomir Kecmanovic. He also had his campaign cut short during the Quarter-Finals of the Atlanta Open prior to that, losing to a powerful Francis Tiafoe. He gave a tough fight to Nick Kyrgios in Wimbledon during the Round of 16, losing in the deciding set. Nakashima needs to win against big players to carve his name deep in the psyche of tennis fans. He surely has time on his side.

Cameron and Brandon have met thrice, and Cameron has won two of these battles. The last game was during Eastbourne International on grass, where Cameron won in two sets.

Nakashima and Norrie are similar in way that they like to approach the game in a nuanced way, with Nakashima perhaps being the more attacking player. On the big stage, Cameron has been able to make deep runs during various tournaments, while Brandon is also getting to the stage steadily. This is not an easy match-up for either player but I’d back Norrie here because of his experience and the hunger he has displayed recently.