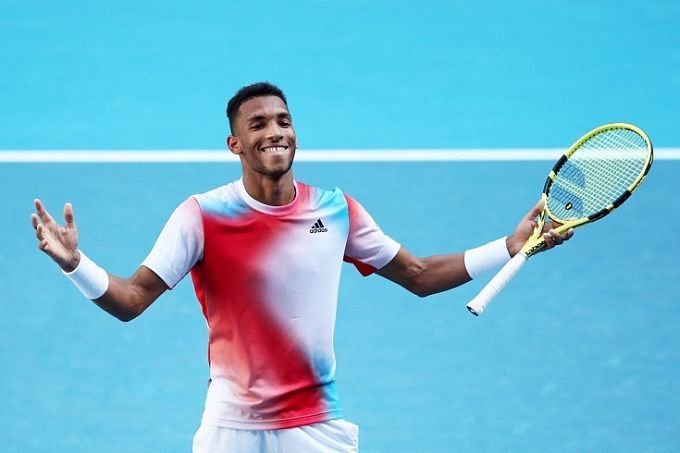 In the second semifinal of the Los Cabos tournament, world No. 12 Cameron Norrie will face world No. 9 Felix Auger-Aliassime. The guys have met four times in the last three years, Canadian winning every face-off. No wonder Felix is the favorite to win the match.

After a very successful Wimbledon, where the British player reached the semifinals and lost to Djokovic in four sets, Cameron took a month off and appeared on the court in Los Cabos, where he played two matches. The Briton knocked out Taiwanese Tseng and Moldovan Albot, beating them both in two sets. Not a bad result, but Norrie's rivals in Mexico were not the top ones, unlike his future opponent.

Auger-Aliassime played one match in Newport after Wimbledon, losing in three sets to Kubler. Three weeks off and the Canadian begins the hard part of the season with Los Cabos, where he beats Hernandez and Johnson, each in two sets. Even though the bout against Johnson was a 2-set affair, it can't be called a low-scoring one, like we thought it would be. Auger-Aliassime won it 6-4, 7-5 in an hour and 51 minutes. The Canadian had 17 aces and three double faults. He won 97% of first-serve points and 70% of second-serve points. On the receiving end, Auger-Aliassime won 30%/47%.

Cameron and Felix played four head-to-head encounters, all on hard court, but they never crossed paths at Grand Slam tournaments. The Canadian has won every face-off, with Norrie winning just one game against Auger-Aliassime in Vienna in October 2021.

Considering their head-to-head stats, 4-0 in favor of Auger-Aliassime, we don't think it's logical to bet on the British player in this pairing. The more so because the Canadian is in good shape in Los Cabos. Moreover, we won't be surprised if Auger-Aliassime gets a big win in the upcoming game. Here are our betting options for this match: