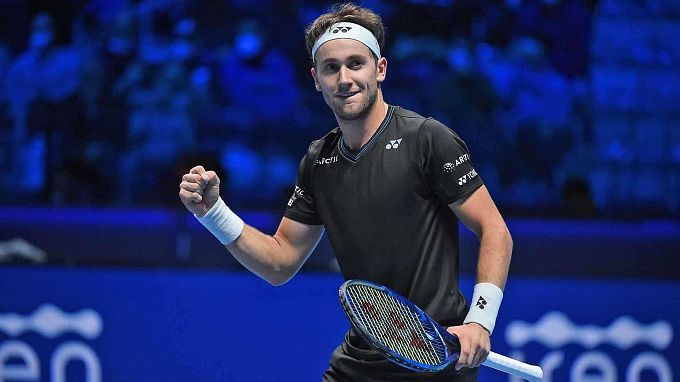 In the final of the Miami Masters, Norwegian Casper Ruud, #8 ATP, will face Spain's Alcaraz Garfia, #16. They have played each other once before in Spain's Marbella in 2021. Carlos won that match very soundly. Currently, he is the odds-on favorite.

In Indian Wells Carlos was close to the final, but stumbled one step before the decisive match, losing to Nadal in three sets. Rafa is not participating in Miami, so bookmakers believe Carlos will be the next winner of the Masters. Carlos beat Fucsovics, Cilic, Tsitsipas, Kecmanovic and Hurkacz in Florida, losing only one set to Miomir. The match was difficult, lasted two and a half hours and the guys played two tie-breaks, including in the third game. The semifinal game against Hurkacz was a two-set match - no less difficult for the Spaniard. Carlos won both games on tiebreaks. In general, for the match against the Pole, Garfia fired three times on the court with zero double faults, winning on the first serve 78% of points, and 70% on the second . On the first receive Hurkacz had 19%, on the second 55% - the great stats, both on serve and receive.

If the last two matches for Carlos can hardly be called easy, in the semifinals Casper did not even have time to warm up, defeating the Argentine Cerundolo with a score of 6:4, 6:1. But in the quarterfinals, the Norwegian had a real battle against Zverev, whom he had never beaten before. After the second game, it seemed that Ruud had to pack up his racket and buy a plane ticket as Zverev won the second set 6:1. Alas, Ruud recovered and defeated his opponent 6:3 in the third set. Ruud had an easier match in the semifinals, he had more time to rest before the final. So don't underestimate Casper in the decisive Masters match in Miami.

A year ago Casper Ruud lost to Alcaraz in the quarterfinals of the Marbella tournament. Now the Norwegian is logically considered the outsider of the upcoming game. Note that the Spaniard will have to fight on neutral territory. Ruud had an easy opponent in the semifinals. The match against Zverev was not as long as the one between Alcaraz and Kecmanovic. Plus Ruud had more to prepare and rest for the finals. We think Casper is underrated, he can beat the Spaniard by at least a game.

In addition, let's not forget that Alcaraz is extremely talented but very young. Finals are special matches, where slightly different laws apply and the excitement is off the charts. Ruud has more experience in that regard, and thus a better chance of ultimate success.