Carlos Alcaraz vs Facundo Bagnis Prediction: No Chance for Bagnis? 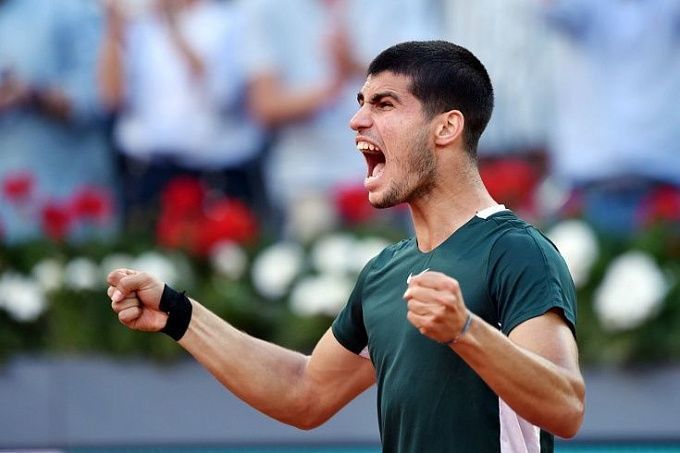 The next opponent of the first racket of the tournament in Umag will be No.120, the Argentine, Facundo Bagnis. The guys played each other twice, both times on clay and both meetings were won by the Spaniard. It is logical that Carlos is the big favorite in the upcoming game.

Carlos Alcaraz easily defeated Norbert Gombos in the second round of the Umag tournament. The match lasted one hour and 39 minutes and Gombos took only five games, losing 2-6, 3-6. Alcaraz fired twice and made one double fault, won 71% of his first-serve points and 61% of his second. The Spaniard won 41% of his serves on the first serve and 50% on the second. Before the Umag tournament Carlos played five matches in Hamburg and reached the final. In the decisive match Alcaraz lost in three sets to Italian Musetti. Don't forget that Alcaraz is the reigning winner of the Umag tournament, which means the Spaniard is motivated.

Before Umag, Bagnis failed in two consecutive tournaments - Bastad and Gstaad. He lost in the first match to Sousa in Sweden, in Switzerland to Bergs. In Croatia, Facundo has already had two wins over Etcheverry and Moutet, and Bagnis beat both in two sets. The match against Moutet lasted one hour and 26 minutes, and the result was 6:3, 6:1. The Argentine won 64% on first serve and 53% on second. On the receiving end he had the following statistic: 70%/56%.

Alcaraz played well in the first match against Gombos in Umag, the Slovak had no chance even for a set. Besides the Spaniard's playing practice is good enough, because last week he had a full tournament in Hamburg. Let's recall two more important things. First, Alcaraz came to Croatia to defend the title he won last year. Second, the Spaniard has already beaten the Argentine twice on clay. We doubt, that Facundo has chances even to fight Carlos, not to mention something more real, like a victory.