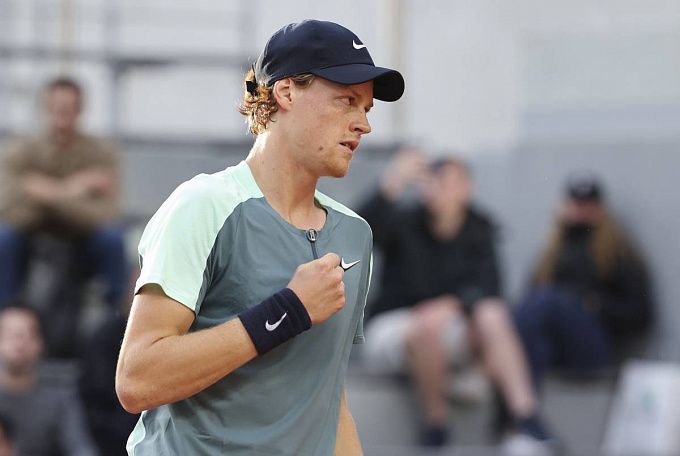 World No. 5 Carlos Alcaraz and No. 10 Jannik Sinner face off in the tennis tournament final in Croatia's Umag. Alcaraz is the favorite, but Sinner won his last individual match against Alcaraz, most recently at Wimbledon 2022.

Honestly, we thought Carlos would beat Zeppieri faster, winning in two sets with no significant problems. But it turned out a bit different. Alcaraz won the first set 7-5, lost the second 4-6, and won the third 6-3. The match lasted two hours and 52 minutes. The Spaniard served three times with five double faults, winning 67% of points on the first and 51% on the second. Sinner had 38% on 60% on serve. It should be noted that before beating Zeppieri, Carlos knocked Gombos and Bagnis out of the draw. We shouldn't forget the Pyrenean is the reigning winner of the Umag tournament.

While Alcaraz was a bad surprise in the semifinals, the Italian was a good one as he beat his compatriot Agamenone in two sets. The match lasted only an hour and 24 minutes, and Franco took only four games, 1-6, 3-6. Sinner made one double fault, and won 81% of his points on first serve and 56% on the second serve. On the receiving end, the Italian had the following statistics: 41%/71%. We want to point out Sinner's stellar second-serve receiving stats against Agamenone.

Alcaraz and Sinner played three head-to-head encounters, and so far, the score is 2-1 in favor of the Spaniard. Carlos defeated Sinner on the clay court of Alicante in 2019 and on the hard court of the Paris Masters in 2021. Sinner defeated his opponent only once, on the grass at the Wimbledon tournament in 2022. Jannik beat Carlos in four sets.

Let's face it, Sinner made a better impression than Alcaraz in the semifinals. Sinner's recent win over the Spaniard at Wimbledon also hints that the bookies are underestimating the Italian. Last week Alcaraz was also the favorite to win the Hamburg final but lost to another Italian, Musetti. In this matchup, we'll take our chances and bet on the underdog, Sinner. Here are the betting options for this match: