Casper Ruud vs Alexander Zverev: Will Alexander win the match and Casper the set? 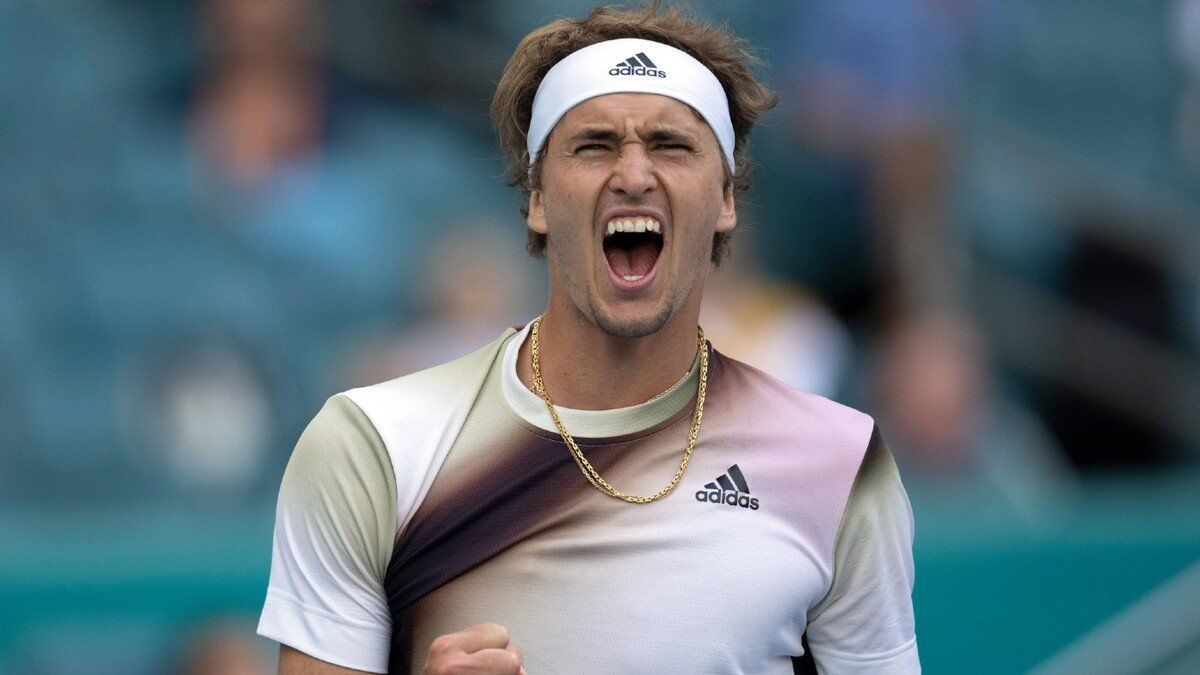 In the quarter-finals of the Miami tennis tournament, Norwegian Casper Ruud, world number 8, will face German Alexander Zverev. The boys played each other twice, and both times, the German representative won in two sets. Logically, it is the German who is quoted as the prominent favourite in the upcoming game.

March started for Casper with games for his national team in the Davis Cup. Ruud played two matches against Kukushkin and Bublik, the first winning and the second losing in three sets. The Norwegian then went to a tournament in Indian Wells where he played two matches: stronger than American Eubanks in two games, but weaker than Nick Kyrgios with whom the Norwegian has a conflict. A bitter defeat further motivated Casper for the Masters in Miami.

The Norwegian started the tournament in Florida in the second round, just like 31 other seeded tennis players, and so far the Scandinavian has not lost a single set there, knocking out Laaksonen, Bublik and Norrie. Importantly, Ruud has already taken one revenge in Miami, against Bublik for the Davis Cup defeat. Let’s see if Ruud can take revenge on Zverev as well. As for the duel against Norrie, we must note that the Englishman is a convenient opponent for the Norwegian, and the match was short, lasting just over an hour and a half. Casper served 7 times on one double fault, won 85% of points on his first serve and 34% on his second. On the reception of Norrie’s second serve, Casper won a grandmaster’s 52% of points.

Alexander is what we call leading throughout the tournament in Miami. The German began the Masters, like Casper Ruud, in the second round, skipping the first as the seeded tennis player. The first opponent for the German in Florida was Borna Coric of Croatia, with whom Zverev had a long-standing friendship and a negative balance of personal meetings. It was a tough match, but he won in three sets. At the moment, it is Choric who is the most solid opponent for the German in Miami. Zverev went through McDonald and Kokkinakis lightly, in 2-set bouts. The match against Australia’s Kokkinakis lasted an hour and a half, Zverev needed two breaks, one in each game, to win, and the German won the meeting from the first match ball. In terms of statistics, Zverev served four times on two double faults, won 89% of his points on the first serve and 60% on the second serve. On the receiving end, Alexander won 22% on his opponent’s first serve and 63% on his second.

I am happy that I am slowly catching my rhythm, that the wins are getting easier and that I have reached the fourth round. Now the matches will be tougher, but I’m ready for that.

Officially, Ruud and Zverev have three head-to-head encounters, but in fact, the Norwegian and German have only had two duels between them. Before their encounter in Acapulco in 2021, Ruud withdrew due to injury. The two matches played were recorded in 2021, at tournaments in Cincinnati and Paris. Both matches were won in two sets by the German, the first 6-1, 6-3, the second 7-5, 6-4. The statistics are clear evidence Ruud is a comfortable opponent for Zverev.

Zverev needs to hold a confident third position in the ATP rankings, and for that, he must perform as productively as possible in Miami. The German is progressing well so far. He can see the way to the Masters final, but first, he needs to take on Casper Ruud, who is a comfortable enough contender for the German. We have no doubt about Alexander’s final victory, but it is unlikely that the German will beat the Norwegian as easily as he did in Cincinnati, we expect a clash close to their game at the Masters in Paris, where he hit the total games. Our first bet on Casper Ruud vs Alexander Zverev is W2+Total Over (19.5) for 1.92.

Ruud got revenge for his recent Davis Cup defeat in Miami. Overall, the Norwegian looks very good in Florida. He has not lost a single set so far, and will probably put up a good fight against the top German. To put up a fight, the Norwegian must win at least one game. Casper has the potential, let’s see whether he has enough morale. Our second bet for the quarter-final of the Miami Masters is a correct score of 1:2 in favour of Zverev for 4.00.