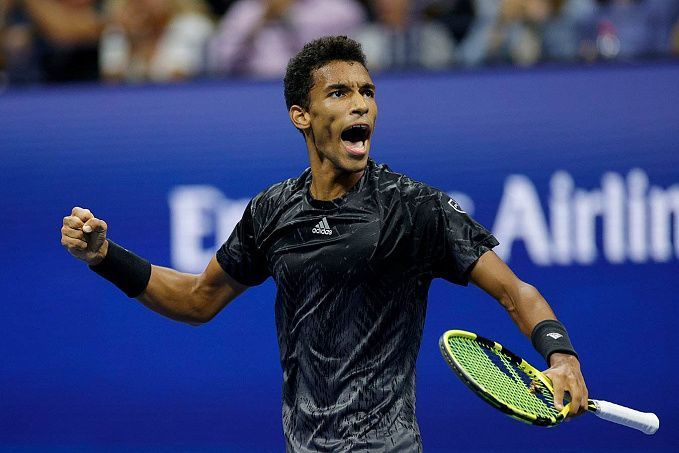 One of the quarterfinal matches in Montreal will feature two representatives of the top 10, the Canadian Сasper Ruud and the Norwegian Felix Auger Aliassime. The guys know each other well, having played four times on tour, 2-2. The bookmakers are on the Canadian's side. They believe Felix has a better chance of winning.

The upcoming meeting will be Ruud's third hard court battle after the clay court part of the season. Before that, the Norwegian knocked out Molcan of Slovakia and Bautista Agut of Spain. The match against Roberto was a very long one, lasting three hours and 19 minutes, and the guys played two tie-breaks. Roberto had an opportunity to finish the match in two sets. Ruud served ten times and made two doubles errors, winning 72% of his first and 59% of his second serve points. On the receiving end, Casper had the following statistics: 29%/45%, winners/unforced statistics: 57/32.

Before Montreal, Auger Aliassime played a hard-court tournament in Los Cabos, Mexico. He reached the semifinals but lost in three sets to Cameron Norrie. At home, Auger Aliassime knocked out Japan's Nishioka, a recent finalist in Washington, and took revenge on Norrie in two sets. Obviously, the Canadian is in great shape. Norrie was defeated in just an hour and 12 minutes, beaten 6-3, 6-4. Auger Aliassime served 15 times on one double fault and won 92% of his first-serve points and 57% of his second-serve points. On the receiving end, Felix had the following statistics: 27%/67%. Fans of Auger Aliassime are incredibly pleased with the percentage of points won on Norrie's second serve, which shows that the Canadian should be feared, both on serve and on reception. He's also impressive in terms of his winners/unforced errors stats: 29/10.

Ruud and Auger Aliassime have played four times, three on clay and once on hard court in Miami. The score is 2-2, and the Canadian won the only hard court match in three sets. The last meeting was held in May 2021 in Madrid where the Norwegian was stronger in two sets.

Obviously, Auger Aliassime has gained form over the week. You can see that at least from the results of the match against Norrie in Los Cabos and Montreal. Let's not forget that the Canadian plays on home soil, which means the public will definitely cheer for Felix, which is also a plus for betting on the favorite. And the head-to-head statistics, namely the fact that Auger Aliassime beat Ruud in the only hard meeting, also speak for the Canadian. At that, we doubt that the match will be quick. Ruud is a fighter, and the Norwegian will not give up the victory to the Canadian. We suggest the following options for the game: