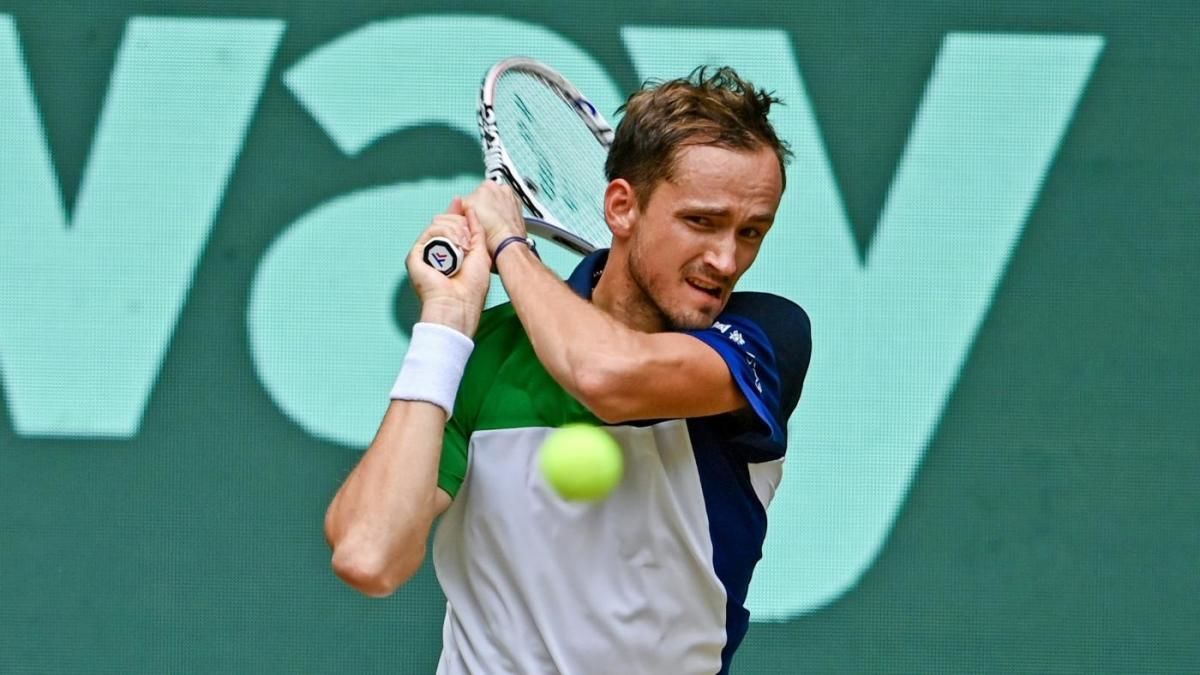 Daniil Medvedev's first opponent at the Cincinnati Masters will be Dutch tennis player Botic Van de Zandschulp. The pair have already met twice, both times at Grand Slam tournaments, and both times Medvedev won. Logically, Daniil is quoted as the big favorite for the upcoming meeting.

Medvedev has had a very good start to the outdoor part of the season, triumphing over Hijikata, Berankis, Kecmanovic, and Norrie in Los Cabos, Mexico. At the Masters in Montreal, however, Medvedev was unlucky in the seeding because already in the first round of the World No. 1 had to fight with Wimbledon finalist Nick Kyrgios. Medvedev lost in three games 7-6, 4-6, 2-6. The match lasted exactly two hours; Medvedev served 13 times and made five double faults, winning 75% of points on the first serve and 56% on the second. On the receiving end, Daniil had the following statistics: 18%/43%, winners/unforced errors 31/24.

For the Dutchman, the Masters in Cincinnati is his third hard tournament after completing the dirt and grass parts of the season. In Washington, Botic beat Gojo but lost to Tiafoe. In Montreal, he was stronger than Kecmanovic but weaker than Norrie. In Cincinnati, Van de Zandschulp defeated American Maxime Cressy in three sets, a recent grass-court extravaganza. The match against the American lasted two hours and four minutes - Botic won 6:2, 4:6, 6:4. During the game, the Dutchman served seven times and four double faults, winning 63% of points on the first serve and 61% on the second serve. On the receiving end, he had the following statistics: 29%/63%, winners/unforced errors 19/20. Let's note that Cressy wasn't serving at all in that game; 18 double faults and 37% of won points just confirm the thesis.

Daniil and Botic have played each other twice, both face-to-face meetings at Grand Slam tournaments and both won by Medvedev. The first faceoff came at the 2021 U.S. Open, a 3-1 win for Daniil. The second head-to-head encounter was at the Australian Open 2022, a 3-0 win for the world number one.

Medvedev has already beaten Botic twice in his career. After the failure in Montreal, the world number one needs satisfaction in the form of a successful performance at the second Masters in August. Recall that Medvedev was triumphant in Cincinnati in 2019, which means the local courts are quite comfortable for Daniil. Many things indicate that Medvedev in the upcoming game should have no problems with achieving a positive result. We bet on a confident victory of the first racket of the world and offer the following betting options for the meeting: