Canadian Open. Round of 32 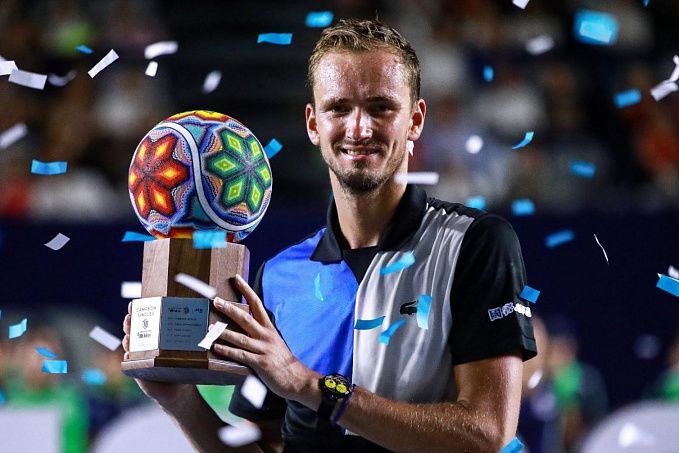 Daniil Medvedev and Nick Kyrgios will face off in the round of 32 in Montreal. They played each other at the Australian Open this year, and Medvedev won that match.

These are the two winners of last week's tournaments. Remember Daniil won the Los Cabos, Mexico, final on August 7, beating Britain's Norrie in the decisive two-set match. We expected worse tennis from Cameron, but not a blowout in the second set. The final score of that match was 7-5, 6-0 in favor of Daniil. Medvedev scored five aces and one double fault, winning 67 percent of his points on the first and 69 percent on the second. On the receiving end, he was 58%/57%. Great numbers. Before beating Norrie, Medvedev was stronger in Mexico against Hijikata, Berankis, and Kecmanovic, all defeated in two sets. Let's not forget that Medvedev is in Montreal to defend the title he won in 2021.

Kyrgios crashed through his opponent in Washington. Nick won his second career title in the US capital, defeating Giron, Paul, Opelka, Tiafoe, Ymer, and Nishioka, losing only one set to Tiafoe. In Montreal, Kyrgios had already played one match against Argentine Baez. Lasting an hour and 26 minutes, Nick won the match 6-4, 6-4. During the game, Nick served 6 times on two doubles, winning 72% of points on the first and 48% on the second. Kyrgios was 36%/56% on the receiving end.

Daniil and Nick have played each other three times. In 2019, Kyrgios defeated Medvedev twice on the clay in Rome and on the hard court in Washington. In late January 2022, Medvedev took revenge at the Australian Open in a four-set match.

Kyrgios likes to play against top tennis players and likes to beat them. Beating Medvedev will be extremely difficult. However, let's not forget that the Australian was a Wimbledon finalist before his triumph in Washington. There is a sense that Nick is in the best shape of his career. But Daniil also has something to brag about and fight for. Medvedev won the Los Cabos tournament last week, and Daniil came to Canada to defend his title and fight for the top spot in the ATP rankings in the long run. We expect a hard-fought 3-set match, with Medvedev winning, and we offer the following betting options for the meeting: