Daniil Medvedev vs Stefanos Tsitsipas: Another challenging match for Medvedev 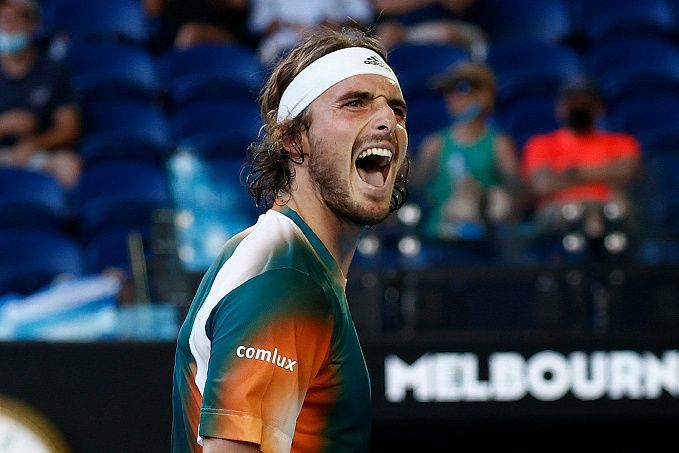 The world No. 2 Daniil Medvedev will face the fourth-ranked Greek, Stefanos Tsitsipas, in the second semi-final of the Australian Open. Despite their young age, the two athletes have now played eight matches on this tour, the Russian having a comfortable 6-2 lead.

Medvedev was very confident going into the quarterfinals, losing only two sets to Kyrgios and Cressy, but had a hard time defeating the Canadian Auger-Aliassime in the last round after beating him at the ATP Cup in Sydney just a few weeks prior. In the end, the match against the Canadian lasted nearly five hours, a five-set match with two tie-breaks, and Daniil was losing 0-2 throughout the game. Medvedev has only two days to recover, so we'll see if the Russian can rest and show his best in the semi-final.

Unlike Medvedev, Tsitsipas had no trouble in the quarterfinals against Sinner. Jannik was quite passive, and the Italian had more errors than he actively won balls. Tsitsipas played a high quality match which allowed the Greek to move up the grid. Before defeating Sinner, Tsitsipas knocked Fritz, Pair, Baez and Ymer out of the draw, losing a total of four sets, the same number as Medvedev did through the entire tournament.

Medvedev has beaten Tsitsipas six times in his career with two losses. Moreover, the Russian has beaten the Greek at two hard Majors, in 2018 in New York and in 2021 here in Melbourne. However, their last face-off ended with a convincing 3-0 victory for the Greek at Roland Garros-2021. The freshness of the players is important and we think Tsitsipas holds an advantage. After a 3-2 over Fritz, Stefanos defeated Sinner. Whereas Medvedev had quite difficult and protracted matches in the round of 16 and in the quarter-final. Here are the betting options for the second semi-final: H2 (+4.5) for 1.79; W2 for 3.00; W2 for 3.00.