Dusan Lajovic vs Aslan Karatsev Prediction: Aslan to avenge his defeat 10 years ago

Austrian Open Kitzbühel. Round of 16 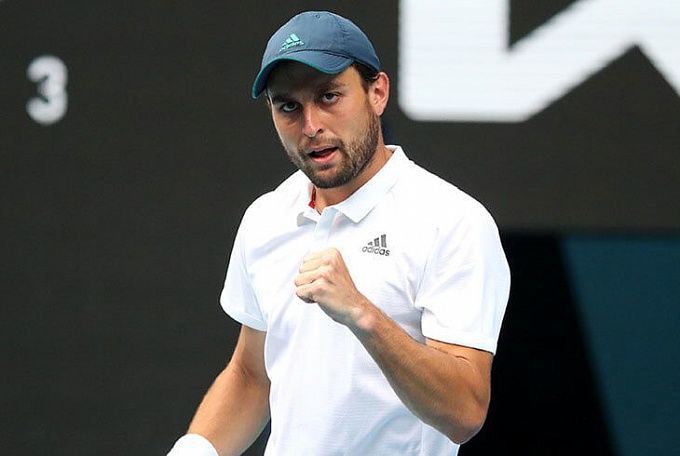 Aslan Karatsev's opponent in the ATP 250 tournament in Kitzbühel, Austria round of 16 will be Dusan Lajovic of Serbia, who has already played one match on the local courts. Despite his playing experience, the Balkan is seen as a slight outsider in the pair.

Dusan played only three matches on grass, though he narrowly escaped to the second round of Wimbledon where he lost to Bublik in three sets without a chance. On clay court after grass the Serb played the Challenger in Salzburg, where he reached the quarter-finals, after the first match he dropped out of the draw in Hamburg, losing to Musetti. In Kitzbühel, Lajovic played one match and knocked out the Ukrainian, Sachko, in two sets, 6-4, 7-6. During the match, Lajovic served eight times and five double faults, winning 88% of points on the first serve and 43% on the second serve, receiving, Dusan had the following statistics: 33% of points won on first serve and 48% of points on second serve.

Karatsev has not played in Kitzbühel yet, starting as a seeded player from the second round. But overall, after the grass part of the season Aslan has played six matches on the clay court in two tournaments in Bastad and Hamburg. In Sweden Karatsev defeated Sonego and Gaston, but lost to Cerundolo, a future triumphant. In Germany, Aslan was stronger than Basilashvili and Galan Riveros, but lost to Argentina's Cerundolo. In general we must note that Aslan has noticeably improved in his first part of the season on the clay, and Karatsev is not bad with practice now, so he is quite deservedly rated as the favorite of the confrontation.

Karatsev is a higher class than Lajovic, which is proven by the ATP world ranking, where Aslan is 43 places ahead of Dusan. Lajovic has not done much on the court since Wimbledon, just like Karatsev, but the 37th-ranked player has stable practice on the clay and is confident in dealing with his opponents who are underdogs. We believe that Karatsev is a well-deserved favorite in the upcoming meeting. Moreover, we doubt that the Serb can take at least one set against the world No. 37. Here are the betting options for the match: