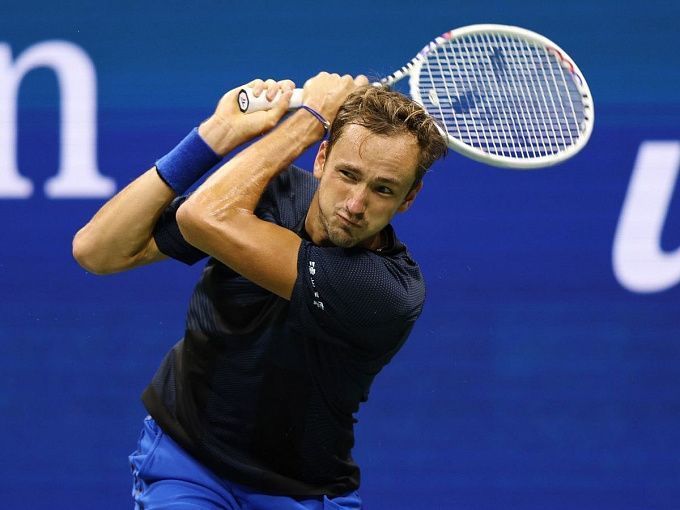 The second opponent for Medvedev at the tournament in Astana will be Finn Emil Ruusuvuori, number 53 of the ATP ranking. The two men have not yet crossed paths on the tour, and Medvedev, who won the first round against Ramos of Spain, is the clear favorite.

After a successful Davis Cup, where the Finn won twice in two games, Ruusuvuori went to Metz, where he played two matches. In France, Suomi beat Lehecka in two sets and lost to Bublik. Then there was a tournament in Tel Aviv: a victory over Wolf and a defeat by Lestienne. In Astana, the Finn beat the 64th-ranked Swiss Husler very easily in two sets, 6-0, 6-2. Emil made one double fault, won 72% of points on the first serve and 53% on the second, 40%/73% of his receiving statistics.

After failing in Metz, where Danii lost his first match to Wawrinka, we saw the former world number one in Astana. His first opponent in Kazakhstan was Spaniard Ramos. The match was short-lived, lasted an hour and 20 minutes, Daniil winning with a score of 6-3, 6-1. During the game Medvedev served 8 aces and four doubles, winning 83% on the first serve and 43% on the second. Daniil had the following statistics on the receiving end: 36%/71%. As seen from the statistics, Medvedev is doing quite well right now, both in receiving and serving. Let's not forget that Medvedev is still undecided on the Finals, although he is the main contender for the fifth spot. There's no doubt that Medvedev in Astana is determined to win the trophy exclusively.

Emil was excellent against Husler, but whether the Finn can play at the same level against Medvedev is a big question, which will be answered during the game. Medvedev has improved after Metz, Ramos had no chance to win in the first round of the tournament, and Medvedev was very good on receive as well as on serve. Emil's serve is not bad, but not lethal, and Medvedev has one of the best receptions on the tour. If Daniil is in shape, only Nadal, Djokovic and Alcaraz are better, and that's not certain. We believe that if a motivated Daniil plays at least 75-80% of his potential, he will get a solid win on Thursday. Here are the betting options for this game: