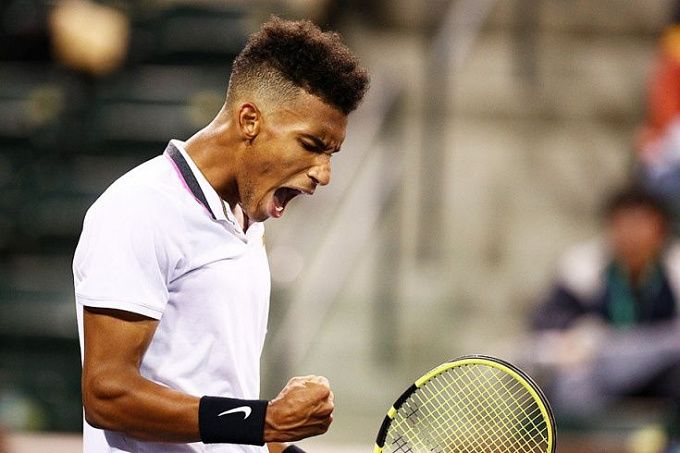 In the last 16 of the Cincinnati Masters, No. 9 Auger-Aliassime will face Jannik Sinner, No. 12. Despite his ATP placing, the Italian is quoted as a slight favorite, although the only head-to-head meeting between the guys ended in favor of the Canadian.

For the Canadian, Cincinnati is his third hard tournament after the grass part of the season. In Mexico's Los Cabos the Canadian made it through two rounds, but lost to Cameron Norrie. He played brilliantly against Nishioka and Norrie in Montreal, but failed against Ruud. But in Cincinnati, Felix started with a convincing two-set victory over No. 20 Alex De Minaur. The match lasted one hour and 18 minutes. Auger-Aliassime played well as expected, firing nine times and making three doubles, winning 82% of the points on first serve and 53% on second. On the receiving end Auger-Aliassime had the following statistics: 44%/52%, 20/17 of winners/unforced errors.

For Sinner, the Cincinnati Masters is his second hard-court tournament after clay and grass. In Montreal, the Italian was unsuccessful against Carreño-Busta, the winner of the Masters. Before losing to the Spaniard, Sinner beat Mannarino in three sets. Jannik knocked Kokkinakis and Kecmanovic out of the draw in Cincinnati. Yet the match against the Serb was not over and ended 7-5, 3-1 in favor of Jannik as the opponent withdrew due to injury. Sinner fired five times and made two double faults. Jannik won 95% on his first serve and 44% on his second. Jannik had 46%/46% on serve and 32/16 of the winners/unforced errors.

Some people believe the bookies and their lines without looking at the statistics and the opponents' form. As a result, more than 30% of the outcomes seem weird and illogical. In this match we expect the "illogical" one, namely the success of the Canadian, who has already once beaten the Italian, albeit easily on the ground. Auger-Aliassime sometimes has weak matches, but in general, the Canadian is a stable player as he is not for nothing in the top ten of the world ranking.