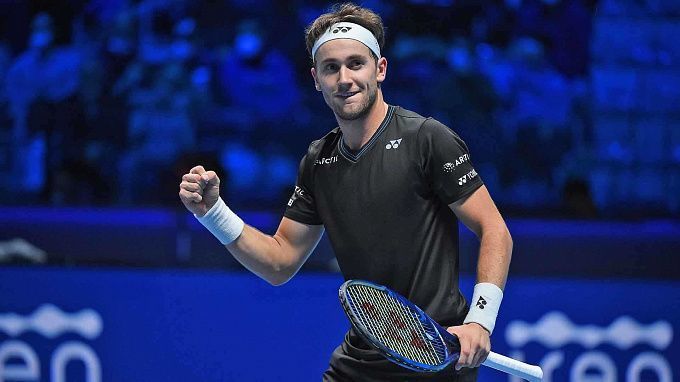 The first semi-finals in Montreal will feature 10th-ranked Hubert Hurkacz and seventh-ranked Casper Ruud. The two men once played against each other at Roland Garros 2022, and the Norwegian won that match very convincingly. Despite this, bookmakers find it difficult to pick a favorite.

Hurkacz had another solid three-setter, this time against Nick Kyrgios. There was little doubt that it would be a high-scoring affair, given the Pole and the Aussie's powerful serve. However, the meeting outcome was a bit surprising because after beating Daniil Medvedev, Nick Kyrgios seemed to be the favorite of the tournament as a whole. However, the Pole overpowered the Australian, and Kyrgios took only one game in the third set. Overall, the match lasted almost two hours, 7-6, 6-7, 6-1 in favor of Hubert. The Pole hit 20 aces and two doubles, winning 85% of his first-serve points and 63% of his second-serve points. On the receiving end, Hubert was 22%/52%. Before beating Kyrgios, Hurkacz knocked Ruusuvuori and Ramos out of the draw.

In the quarter-finals of the Montreal tournament, Casper Ruud was quoted as a notable outsider. It would seem that Auger Aliassime gained optimum form, playing in his country. However, the fight was surprisingly fast, 6-1, 6-2. Ruud did not have time to sweat. One of the reasons for the easy victory was that Auger Aliassime's serve was not working at all. The Canadian scored ten aces but won only 56% of his first serve and 13% of his second. Frankly speaking, I've never seen such statistics in men's tennis and even at the quarter-final level. On the other hand, Ruud served solidly, had four aces, and won 74% of points on the first serve and 43% on the second one. Winners/unforced errors stats: 22/8.

Hubert played all three of his matches in Montreal, but Ruud only managed to win against Bautista Agut and Auger Aliassime, whom the Norwegian never even noticed. Casper has an advantage in freshness, which the Norwegian will try to use. And the head-to-head statistics speak in favor of the Scandinavian. That means we're going to go with Casper Ruud, the seventh-ranked player in the world. By the way, Ruud is guaranteed to move up two steps next week, and if he beats Hubert, the Norwegian will go ahead of Alcaraz too. So there's no need to talk about Casper's motivation. Here are the betting options for the game: