Hubert Hurkacz vs Nick Kyrgios Prediction: Another Victory for Nick? 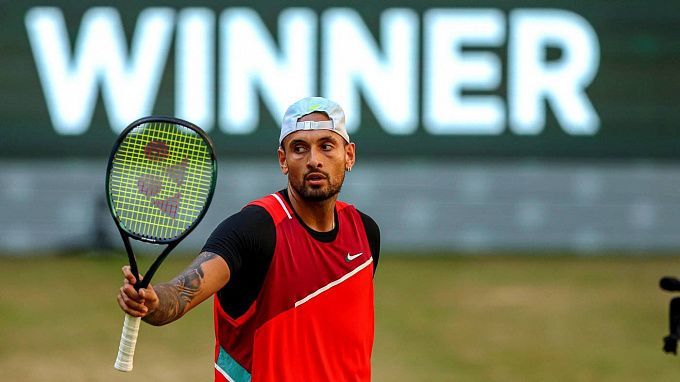 In the second semifinal of the Halle tournament Hubert Hurkacz, the world No. 12 will fight with Nick Kyrios, No. 65. Despite his rankings, Nick is quoted as the prominent favorite. By the way, the Pole and the Aussie have not crossed paths before.

For Hubert Halle is the second on grass. In Stuttgart the Pole was a failure, defeat in the first match against Fucsovics in three sets. Hubert proved to be very good in Hull and got to the semi-finals, knocking out Cressy, Humbert and Auger-Aliassime. The match against the Canadian was quite long, although it consisted of two games, both sets the Pole won on tie-breaks, 7-6, 7-6. Hubert won 79% of his points on first, six aces and 57% of his points on second serve. On the receiving end Hurkacz had 11% of points on Auger-Aliassime's first serve and 47% on his second. Overall, the Pole was in good shape.

Nick reached the semifinals in Stuttgart, where he lost 6-7, 2-6 to Andy Murray in two games. In Halle, the Australian knocked out Altmaier, Tsitsipas and Carreño-Busta. The match against Carreño-Busta was short-lived - only an hour and 9 minutes, Nick won it 6-4, 6-2. Nick made 13 aces on the court, winning 91% of his first serve and 69% of his second. On the receiving end, the Spaniard won 44% of his first serve points and 39% of his second.

Hurkacz with great difficulty beat Auger-Aliassime, the Pole himself admitted that he was lucky in the quarterfinals and Felix did not deserve to lose. An even bigger challenge awaits him as Kyrios is terrific and likes to beat opponents from the top-20. Bet on the Aussie to win in a protracted match.