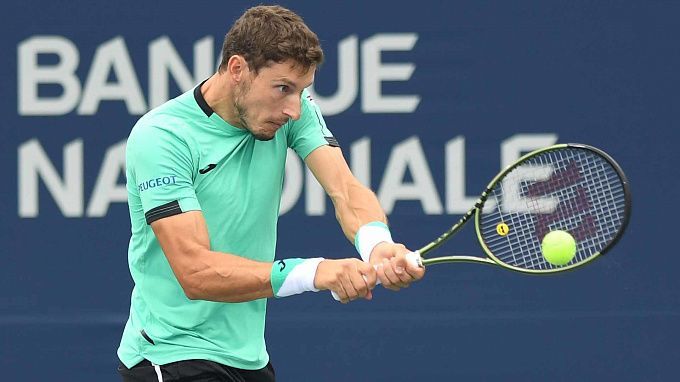 In the Montreal finals, the world number 10, Hubert Hurkacz, will face the world number 23, Pablo Carreño Busta. The guys met three times on tour, with the Spaniard having an advantage. Despite this, bookmakers consider the Pole the favorite in the pair.

We were wrong again with the Pole, who beat Casper Ruud of Norway in the semifinals. The duel was a long, three-set match, and Hubert won after losing the first set 5-7. The second set was a game changer as Hubert won 6-3 and the third 6-2. During the match, the Pole served 18 aces and one double fault, winning 81% of points on his first and 43% on his second serve. On the receiving end, Hurkacz had the following stats: 20%/69%, winners/unforced errors stats: 47/18. Hurkacz was stronger than Ruusuvuori, Ramos, and Kyrgios before beating Ruud. It is worth noting that winning the Montreal final will move the Pole up in the ATP rankings from 10th to eighth, ahead of Auger Aliassime and Andrey Rublev.

"I tried to stay in the game. Casper was playing some incredible tennis and was the better player for a set and a half. I just fought and did my best. No, it's OK. Physically, I feel good. I've been putting in a lot of work over the last weeks, and so far, it's been good. The finals are always tough. The best players from both halves of the net meet there, so I'm in good shape, and I'm quite confident regardless of the opponent. It's going to be a really tough battle."

Pablo's upcoming match against Hurkacz will be his sixth at the tournament. Unlike the Pole, the Spaniard started in the draw from the first round. Carreño Busta has quite a collection of wins in Montreal, beating Berrettini, Rune, Sinner, Draper, and Evans one by one. We expected that it would not be an easy match against the Brit. Daniel is in good shape and a very tenacious tennis player. As a result, the match lasted three hours and ended 7-5, 6-7, 6-2 in favor of the Spaniard. During the match, Pablo served six aces on one double fault, winning 79% of points on the first and 50% on the second serve. On the receiving end, Pablo had the following statistics: 30%/56%, Winners/unforced errors: 43/34.

Hubert and Pablo have met three times. The first time was in September 2015 in Szczecin, with Carreño Busta winning. Six years later, the guys played a face-off in Cincinnati, and Pablo won his second victory. A month after, Hurkacz took revenge on a hard-court tournament in Metz in two sets. The Spaniard won the match 2-1.

Hurkacz played four matches in Montreal, all of them three-set. Carreño Busta played one more match in Canada, but the Spaniard only lost one set in Montreal to Evans in the semifinals. Pablo is better in head-to-head, but Hurkacz has been better in the last season; that's why bookmakers believe the Pole is a favorite. We think that Carreño Busta is underestimated, but the first bet is for a match to last long, and the second one is for the Spaniard to win. We offer these betting options: