Iga Swiatek vs Kaia Kanepi: Betting on an Estonian Sensation 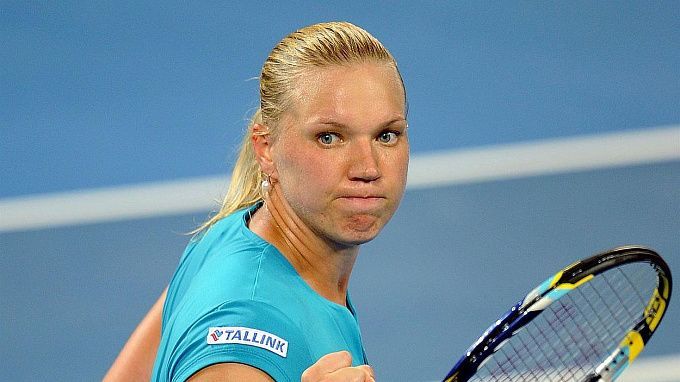 In the quarterfinals of the Australian Open women's tennis tournament, #9 in WTA player Iga Swiatek of Poland will face #115 Estonian Kanepi. They have not yet met on tour. Bookmakers are siding with Iga Schwiontek in the pairing.

Before the Australian Open, Iga Swiatek played a tournament in Adelaide, where she reached the semifinals and lost to Ash Barty. In Melbourne, the Pole had four victories over Dart, Peterson, Kasatkina and Cirstea, losing only one set to the Romanian player. The match against Cirstea lasted almost two and a half hours. Swiatek was trailing during the game but retook the lead and won. The Pole's first serve and 76% of her points are worth mentioning. As well as the quality of reception, 42% of points won on the first serve and 50% on the second.

Kaia Kanepi reached the quarterfinals of the majors for the seventh time in her career but did it for the first time in Melbourne. At the same time, the 36-year-old Estonian has never played in the semifinals. Kaia knocked out two top tennis players in the draw: Kerber in the first round and Sabalenka in the last 16. Also, in Melbourne, Estonian was stronger than Bouzkova and Inglis. It will be a natural sensation if the veteran Kanepi makes it to the Australian Open semifinals.

The victory over Sabalenka proved that the Estonian is in great shape now. As in the match against Arina, Kaia lost the first set but managed to turn the tide. Considering Kaia's results, experience, and current form, we think Iga will have problems achieving a positive result on Wednesday. It's tough to beat the Pole, but she'll definitely get on the nerves of Swiatek.