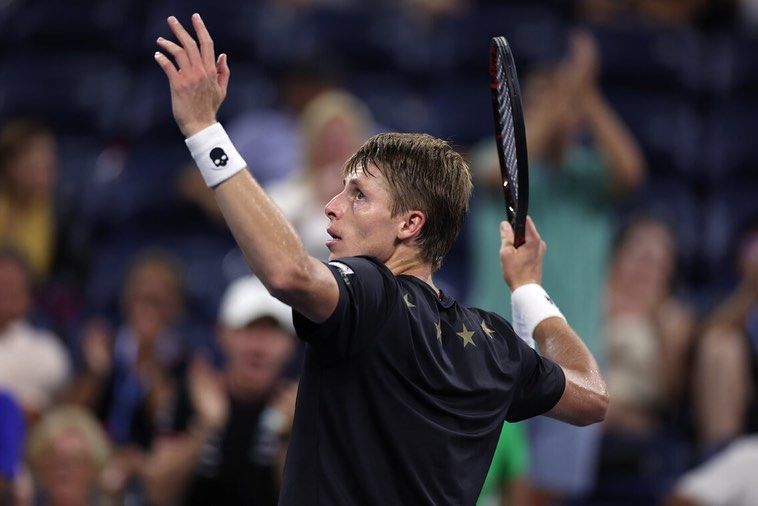 In the world of ATP, there have been numerous kings that have put together impenetrable runs. The recently retired legend Roger Federer, Rafael Nadal, and Novak Djokovic are the three prominent names of our era while Daanil Medvedev, Carlos Alcaraz Garfia, Casper Ruud, Alexander Zverev, Stefanos Tsitsipas, Cameron Norrie, Andrey Rublev, Jannik Sinner, etc. carry the hope of the upcoming era. And even though they are not big names like the previously mentioned athletes, Ilya Ivashka and Holger Rune are bound to put up a show here.

Ilya remains a stiff competition and won his Round of 16 game against third-seeded Grigor Dimitrov 6-3, 7-6. Ilya had a 66% first serve, winning 77% on the first serve. He had a 56-42% win on second serve. Courtesy of that, he extracted a 59:45 service points advantage, lagging a bit behind on the receiving points, with a 23-27 disadvantage. All in all, he won the decisive tiebreaker to move forward.

He had come into the previous game after a tough 7-6, 4-6, 7-5 win against the pesky Mikael Ymer. The Belarusian has never been ranked higher than 40 and he will be looking to get some gains before his professional career is done. Ivashka had an impressive US Open run, where he reached the Round of 16, losing to Jannik Sinner, but beating heavyweights like Lorenzo Musetti and Hubert Hurkacz on the way. Thus, it is clear that Ilya remains a big threat.

Rune has been faced with a tough slate to start the tournament. He defeated Lorenzo Sonego 7-6, 6-4, 6-3. He had a 63-70 percent disadvantage on the first serve but eked out a 85-80% win on the first serve and a decisive 73-46% win on the second serve. He was good at breaking serve and earned a 29-17 receiving points advantage. Rune had a 66-63 service points advantage.

The 19-year old has now played three tiebreakers in six sets, which means that he has had to grind out his way against senior players. The Danish stalwart has already made it around the 30 rankings and his ability to extract wins in tough situations means that he can give trouble to higher-ranked players too. However, he will need to be more aggressive to achieve that goal long-term.

While Ivashka is ranked around 71, which is way below Holger, he is not an easy match-up. He has been a tough competition for most of his career and despite lacking Rune’s success at such a young age, he can’t be taken lightly. This is not as easy to predict as it may look, and you never know when tables are turned in the busy tennis schedule. I feel this will be a three-set battle and Ivashka can nab a win here.