Jannik Sinner vs Stefanos Tsitsipas: Waiting for Sinner in the Semifinals 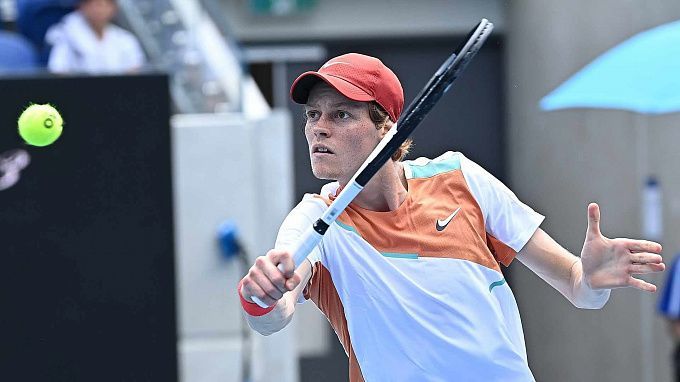 One of the few fascinating pairs in the Australian Open quarterfinals, #10 and #4 in ATP, will meet. They have already played each other three times and three times on clay court, and so far, the Greek is ahead 2:1. Despite these statistics, bookmakers are on the side of the Italian, and the odds on Jannik's victory continue to fall.

Jannik has a 10-match winning streak dating back to last year and the Davis Cup. Sinner achieved three wins at the ATP Cup just before AO, but his team did not even make the playoffs. In Melbourne, Jannik was stronger than Sousa, Johnson, Daniel and De Minaur, losing only one set. On the one hand, we can't call the Italian's set difficult. On the other hand, Sinner played last round against De Minaur, an Australian supported by the audience, but it did not help Alex - a 0:3 defeat in two hours and 35 minutes.

The Greek's path to the quarterfinals was more complicated than Sinner's. Stefanos won only in the first round by 3:0, later losing at least one set. Each was 3:1 over Baez and Paire and 3:2 over Fritz. The match against Fritz lasted almost three and a half hours and five sets. True, the guys didn't play a tiebreak in any game, just like Shapovalov and Nadal. Tsitsipas had a solid grind against Fritz: 19 aces and one double fault, 79% of his first-serve points, 37% of his second serve points. The question is whether the Greek will play at the same level against Sinner after Fritz's long match.

Sinner was more confident than Tsitsipas in the majors. The Italian did not have a single long match, unlike Stefanos. In general, Jannik looks more interesting than his opponent at the start of the season. Let's not forget that the Italian has a 10-undefeated streak, while Tsitsipas can't boast such results, at least not yet. We think Sinner has an excellent chance of making it to the semifinals of the majors - by the way, for the first time in his career.