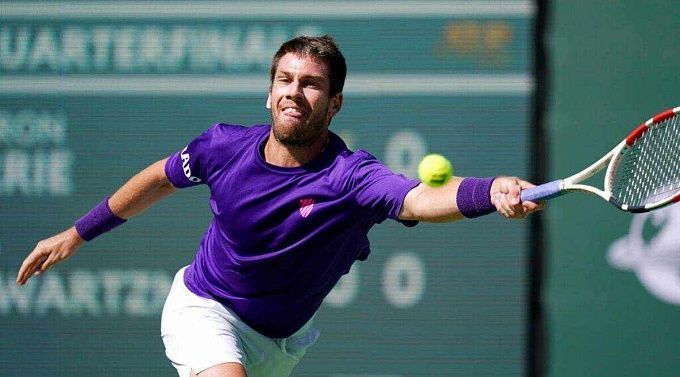 Cameron Norrie has made it through the last 16 of the Seoul tournament, and the next opponent for No. 8 will be American Jenson Brooksby, for whom this will be his third match on Korean court.

After the U.S. Open, Jenson Brooksby played a tournament in San Diego, where he beat McDonald, but lost to O'Connell and went to South Korea. He had two matches, knocking out Wu Tung-lin of Taiwan and local player Kwon Soon-Woo, No. 121 in the world. Brooksby won his match against Kwon by 6-3, 6-4, making six aces and zero double faults. He got 72% of his first serve and 63% of his second and 45%/38% of his serves with a 24/12 winners/unforced errors.

Norrie easily defeated Japan's Uchida in the last 16. The match lasted just over an hour, Tomu took only four games. Cameron served eight times and made zero doubles errors, winning 80% of the points on the first serve and 55% on the second. On the court Norrie's statistics were excellent: 40%/65%, 17/12 of winners/unforced errors. Recall that Norrie is an active contender for the London Open. Seoul tournament is certainly not the fattest piece of the pie in this regard, but it's unlikely that he will give up real 250 points, given that the season is almost at the finish line.

In this matchup, we're going to go with the favorite, Norrie, who has a history of beating Brooksby not that long ago, in March 2022. Norrie played a good quality match in Seoul confidently defeating Japan's Uchida. Obviously, Uchida and Brooksby should not be compared in terms of class and skills. But given Brooksby's instability lately and Norrie's good form, and most importantly, high motivation, we believe that the Briton will have no problem overcoming the American on Friday.