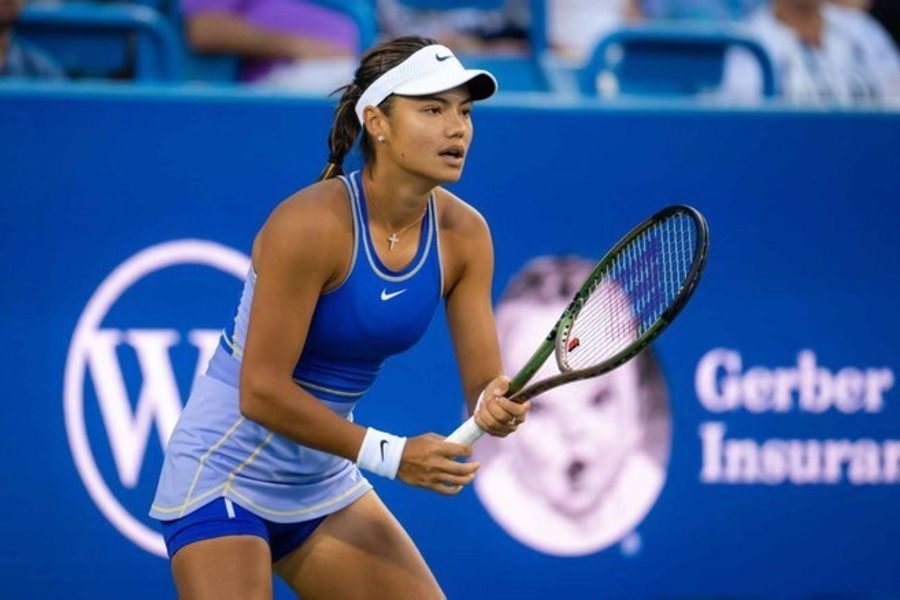 The WTA betting scene can turn into a tenuous affair because often the top seeds can be ousted early on and it can be a tricky measure to guess the outcome in all facets. So it goes when we witness an unseeded Qualifier winning it all, as happened during the 2021 US Open when Emma Raducanu swept all rounds without dropping a set. In this game, Emma will be in action when she goes up against Jessica Pegula.

At age 28, Jessica may have been a late bloomer but she has now become a tough match-up. She comes into the game after taking care of business against Maria Kostyuk winning in three sets. In that game, her first serve percentage was terrific at 76% and the second serve winning percentage was impressive too at 70%. Her return game was even more impressive as she broke Kostyuk’s serve repeatedly, earning a 55-21 receiving points advantage.

Pegula has been impressive as of late and her game is flowing in all regards, however, a deep title run still has been distant. Her aggressiveness has paid her well and has elevated her game for sure. One of the major reasons for her elevation has been the strong backhand and involvement of slice shots that make her a tough one. The mix of working on a different forms of shots has been a result of years of WTA’s thin run which caused her to adjust to the high-quality circuit.

At just 18 years old, Emma achieved celebrity status and that came when she won the 2021 US Open in a riveting fashion, disposing of top players easily and also making sure that her aggressive nature is coupled with an ever-developing defensive game. In this tournament, she slashed Serena’s campaign in the first round, winning 6-4, 6-0 then she took care of business against another experienced stalwart Victoria Azarenka, beating her 6-0, 6-2.

This has been reminiscent of her performances in the US Open and also implies a change of guard in big ways. In both the games, she nailed 5 Aces and she has committed just 3 double faults thus far. Her second serve win% has been overwhelming in many ways. Both the victories involved a set where the incredible Brit didn’t even drop a game and that sets a scary precedent.

This is the first time Pegula and Raducanu will meet.

This is a big game for Raducanu who did win in huge ways against two of the most experienced players, but at the same time, she played against opponents that don’t have the speed and stamina to compete against a player like this. Now, against Pegula, who has been incredible in countering serves, this is going to be a big test. These two players have been doing a great job in many regards, but all in all, I’d still back Raducanu to take this game and rediscover her mojo.