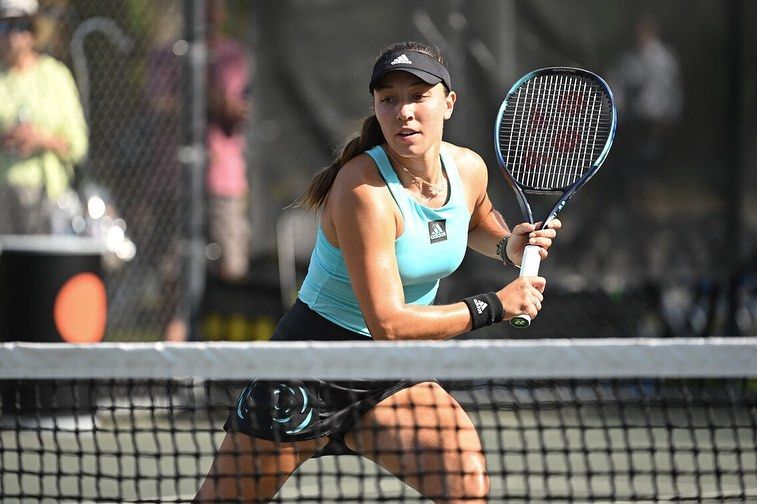 The National Bank Open has entered the Final Four Stage and as usual, the WTA has thrown its usual curveballs. The top seeds are all out but that hasn’t stopped the regular elite to make their appearances in the major play. This holds true for Simona Halep who will take on the USA standout Jessica Pegula in an incredible battle to decide who will enter the Final of the WTA Toronto.

Halep has been in amazing touch as usual. Yes, sure, she isn’t the top player she used to be but that hasn’t stopped her from making a Wimbledon Semis appearance and now once again, she nabbed a Semis spot in the Canadian Open, doing a great job in the previous game, taking care of business against Cori Gauff, winning 6-4, 7-6, beating the American for the fourth time straight in her career. Halep’s aggressive baseline game continues to sizzle.

In the last game, she came on top despite committing eight double faults. She winded up with a 42-37 service points advantage and also did a great job of countering Gauff in terms of breaking serve. Halep may have slowed down a bit but her impact remains huge but she will be hungry to get a title in the bag, in a year, where she has made deep runs but need to break the Semis rut. But hey, this is former multiple times Grand Slam champion who was a number one for more than two years, can we underestimate her!

Pegula entered the tournament as the seventh seed and is a top-ten player in the WTA circuit for a reason. The veteran isn’t a busy player but at age 28, she has surely unlocked the peak of her career. She reached the Quarter-Finals of the French Open, made it just to the Third Round of the Wimbledon and had her campaign slashed in the Round of 16 during Citi Open, still, she remains a major threat.

Pegula enters the game after beating Yulia Putintseva 6-3, 6-3 in a game where she had an impressive 82% win on the first serve and didn’t allow Yulia to break her serve throughout the game. She broke her serve repeatedly and had double the receiving points(32-16) compared to Yulia. Pegula had beaten Camila Giorgi and Asia Muhammad in the prior rounds.

Surprisingly, this is the first time Halep and Pegula will meet in their WTA careers.

This is the type of game where Halep has been whittling as of late, and Pegula’s return game can strike some fear in her. Simona is herself an incredibly well-rounded player and she looked in great touch against the service game of Gauff, so she will come with a lot of fire in her belly here. I do back Halep to make it to the Finals here.