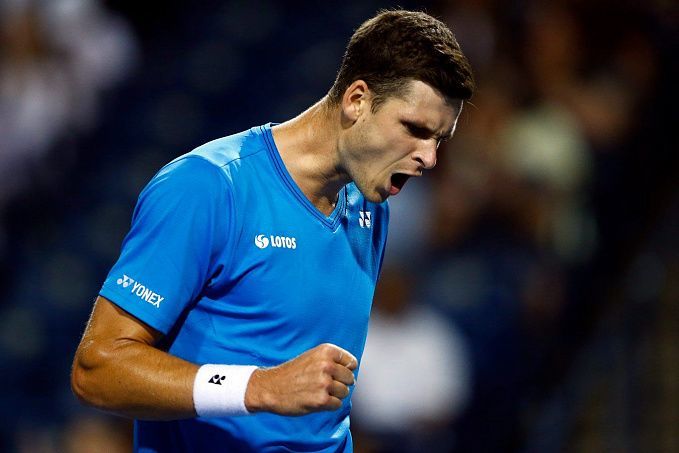 The first opponent of the recent Montreal Masters finalist, Hubert Hurkacz, will be American John Isner, the world No. 50. The Pole is widely regarded as the favorite, though he has lost twice in his career to John, including at a tournament in Cincinnati.

For Isner, Cincinnati is only his second hard-court tournament after the grass portion of the season. He defeated Shelton in Atlanta but lost to Brooksby in three sets. In the first round of the Masters in Cincinnati, he beat Bonzi. All three matches in that period were high-scoring, 3-set affairs. The match against Bonzi lasted two hours and 25 minutes, and the guys played two tie-breaks, Isner winning both. Throughout the match, John had as many as 31 aces and eight double faults, winning 91% of his first serve points and 47% of his second serve points. On the receiving end, John had 11%/43%, winners/unforced errors 55/28.

Hubert flopped at the tournament in Washington, losing his first match against Finland's Ruusuvuori 0-2. On the other hand, the Pole fired a stunning display in Montreal, where he reached the final, knocking Ruusuvuori, Ramos, Kyrgios and Ruud out of the bracket, and losing in the final to Spain's Carreño-Busta. All five matches Hurkacz played in Montreal were three-set.

Isner and Hurkaczhave played each other twice, both meetings in the U.S. and on hard-court. In 2019, Isner beat the Pole in Washington, D.C., a year later in Cincinnati. Both wins were two-set.

In the two years since Isner and Hurkacz last met, the Pole has certainly gotten more savvy, moved up into the top 10 of the ATP rankings and is quite comfortable here. John, on the other hand, has aged and fallen to 50th position in the rankings. But Isner is still serving like a killer. Take a look at his ace stats against Bonzi. So it won't be easy for Hurkacz in the second round of the Cincinnati Masters. We are in for a long match. As for the outcome, we're on Hubert's side. The Pole played well in Montreal, and the final was more than three days ago, enough time to recover. We offer these betting options for the game: