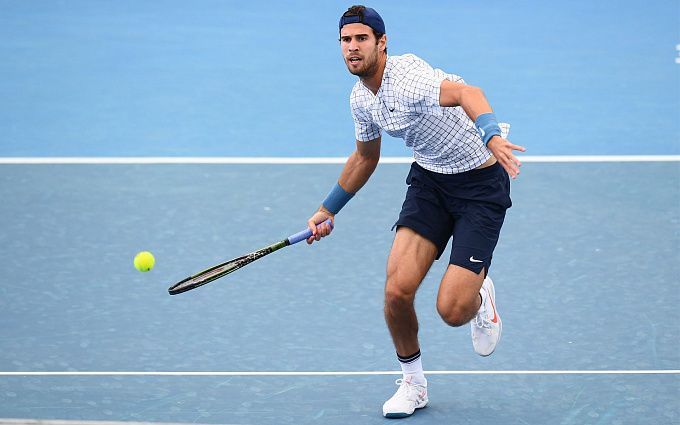 In the quarterfinals of the Adelaide tennis tournament, Australia, Karen Khachanov will meet Artur Rinderknecht. The players have never met each other in the tour, and bookmakers have little doubt in the final victory of the Russian.

Khachanov’s playing practice is going great at the beginning of the season. This is his second Adelaide tournament in January. In the first tournament, #30 in the world reached the final, beating Chilic and Gerasimov but losing to Monfils. Khachanov defeated Magera in two sets with -4.5, 7-5, 6-3 handicap in the current draw. Khachanov had an excellent first serve performance of 94% winning, 13 aces with just one double mistake. On the reception, his stats are worse, but not awful either, 35% on his opponent’s first serve and 29% on the second. Overall, Karen is in great shape, and we doubt that Khachanov will save his powers before the Australian Open. On the contrary, we expect the Russian to do everything to win the tournament.

The Frenchman with the German surname also has a good practice in 2022. First, Arthur played three singles matches at the ATP Cup, where he lost to Safiullin and Sinner but beat Duckworth. At the current tournament, Rinderknech was stronger than MacDonald and Kwon SoonWoo, both of whom the Frenchman defeated in three sets. However, it should be noted that Arthur only played against players of Khachanov’s level in 2022 once, against Sinner, and that meeting was lost 0:2. So it is unlikely to expect a miracle on Thursday.

Khachanov needs to gain practice before the first major tournaments and gain ranking points. Khachanov is not satisfied with his fourth-ranked player role in Russia. After the Australian Open, he is far away from Rublev and Medvedev, but he will beat Karatsev soon. We expect Karen to do his best and confident victory over the Frenchman.