Cincinnati Masters. Round of 64. Hard 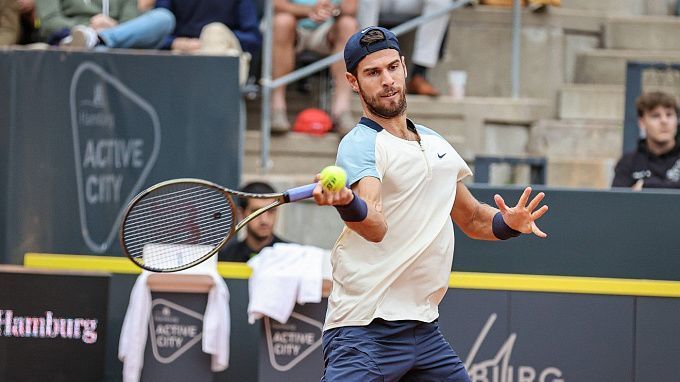 Karen Khachanov's first opponent at the Cincinnati Masters will be Sebastian Korda. The American tennis player ranked No.52 in the world. The two men met at Wimbledon in 2021, and Karen won that match in five sets. But despite the h2h statistics, Khachanov acts as a small outsider in the pair. Let's try to understand why.

For Khachanov, the tournament in Cincinnati will be his third hard-court tournament after the clay part of the season. The 28th-ranked player beat Koepfer in Washington but lost to Nishioka. In Montreal, he was stronger than Cerundolo in three sets but lost in the second round to Marin Cilic in two sets. In total, during this period, Karen Khachanov played four matches on blue, winning two of them and losing two.

Korda was unsuccessful in Atlanta, losing his first match against Daniel of Japan. In Washington, the American made it to the quarter-finals, beating Ivashka, Baez, and Dimitrov but losing to Ymer in three sets. It should be noted that Korda played a total of five matches on the hard court, +3-2, three of which were three-set matches. The American is obviously a regular long-match player, and he will likely play three sets in the upcoming meeting as well.

Karen and Sebastian have only played each other once before, in the 2021 Wimbledon round of 16. It was a long, drawn-out match that lasted almost four hours, with Karen winning the fifth set 10-8.

We've noted that Korda has been playing more three-sets on the hard court than 2-sets since the grasscourt portion of the season. The only face-off between Karen and Sebastian was a very long one, which is also a plus for betting on the high-scoring match. Overall, both guys are pretty good on the blue surface and can expect some success on the Cincinnati courts. We first suggest betting on TO, as the opponents are about equal in strength, and in such matches, the outcome is often decided in three sets. As for the winner, there is a feeling that Karen is underestimated. There is relative parity in game practice, but Khachanov has the advantage in head-to-head encounters. The only advantage for Sebastian is that he plays on home soil. Here are the betting options for the upcoming meeting: