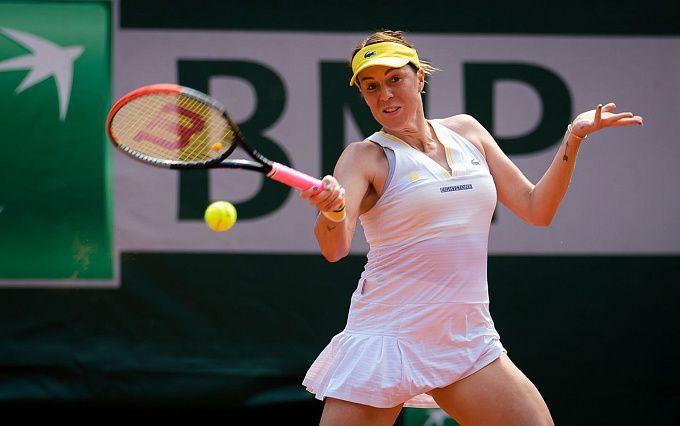 In the second round of Wimbledon, Roland Garros 2021 finalist and world's 19th ranked player Anastasia Pavlyuchenkova will meet Kristyna Pliskova, the world's number 106th. These players have already faced each other, in early March 2021 on a court in Doha. The Russian player won that game 2-0. Not surprisingly, Anastasia is quoted as the favorite for the upcoming meeting as well.

Kristina had a long, seven-match losing streak before Wimbledon, which began with a setback against Pavlyuchenkova in Doha. After Doha, the Czech failed in Dubai, Miami, Belgrade, Strasbourg, Roland Garros, and Birmingham. After such a streak, it was extremely important for Kristyna to win at least someone, and she beat the world's No. 127, Astra Sharma in the first round of Wimbledon. The bout turned out to be quite long, lasting an hour and 37 minutes. It should be noted that both tennis players showed quite good tennis, for both of them, the number of actively won balls prevailed over unforced errors.

Anastasia Pavlyuchenkova: Has Anastasia had time to recover after the last game?

Anastasia surprised at the French Open tennis tournament, reaching the final of this tournament. However, the grass season began and Pavlyuchenkova lost 0-2 to Ostapenko in Eastbourne. Nastya had no chance against the Latvian player, the match lasted only an hour and a minute, Pavlyuchenkova took only four games. And Wimbledon started with a 2-0 (6-2, 6-2) victory over Romanian player Bogdan. A very confident victory of the Russian in 58 minutes. It is difficult to say whether Anastasia has had time to recover 100% after her super success in the suburbs of Paris, but if Pavlyuchenkova plays at the same level against Pliskova as she did against Bogdan, we should expect a confident victory for the Russian

Pavlyuchenkova had a wonderful match against Bogdan at Wimbledon. We expect the same level of tennis from Anastasia in the second round match of the most prestigious tennis tournament of the year. Pliskova beat Sharma with great difficulty, the Czech after a long series of failures, and does not really believe in her strength. We consider, that in this pair it is worth betting on a confident victory of Anastasia Pavlyuchenkova: W2 for 1.29, Total Games - Match Odd for 1.909.