Mackenzie McDonald vs Aslan Karatsev: We Bet on a Sure Win for Aslan 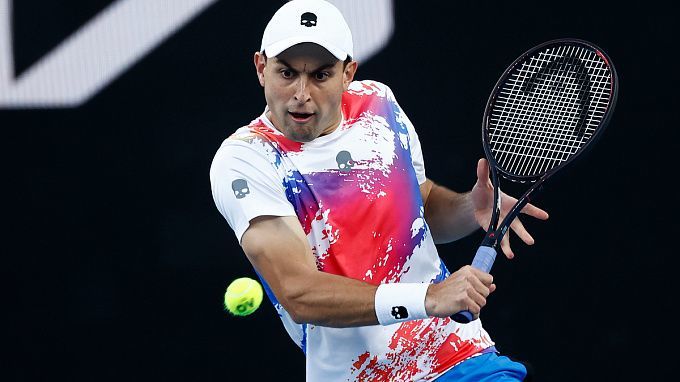 Do you think Karatsev will have another 5-setter in the second round, or will it work out? We'll see, but to actually defend the points in Melbourne, the Russian can't spend as much energy on each match as he did with Munar.

The American played two tournaments before the Australian Open, in Melbourne and Adelaide, though he played poorly. In Melbourne, he beat Gojowczyk and lost to Van De Zandschulp, while in Adelaide, he suffered a setback against Rinderknech. Macdonald started the Australian Open with a victory, though not the most vigorous opponents, Nikola Milojević, #139 from Serbia. The match lasted two hours and 37 minutes, and Macdonald won 3:1.

Karatsev had a hard-fought win over Munar in the first round, in the way of Karatsev's win over Evans in Sydney. Once again, let's note that Karatsev is a real fighter. On the other hand, why complicate the situation and spend so much energy on beating quite a passable opponent? Karatsev has a 5-match winning streak before the start of the second round of the Australian Open. In our opinion, an excellent chance to win the upcoming game.

After a tough win over Evans in Melbourne, Karatsev gained a solid victory over Murray in the Sydney final. We expect something similar from Karatsev in Melbourne - a more straightforward and more confident win over MacDonald than in the first round over Munar. Aslan has two days to recover and prepare. It's not November; it's January.