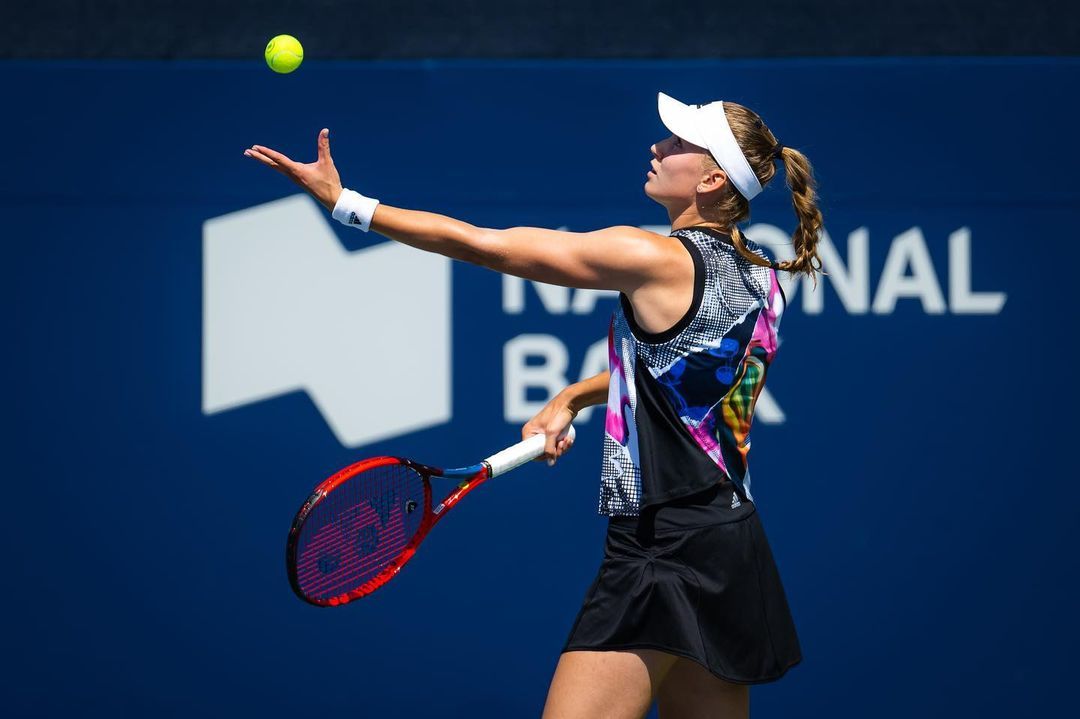 Ostrava Open may not be regarded as a Grand Slam but trust me, the talent pool is surely comparable to that of the Grand Slams. The Draws are amazing and right off the bat, we are seeing amazing great match-ups. In this brilliant start to the tournament, power hitters Madison Keys and Elena Rybakina will clash against each other.

Madison has been one of the best players in the WTA Tour for many years now. At age 27, she has already had her big moments and poses threat to even big match-ups regularly. Her best return has been the Final of the 2017 US Open. Surely, not having a title must hurt this amazing player, but hey, maybe that day isn’t that far away. Let us talk about their recent exploits.

Keys comes into the tournament after losing to Viktorija Golubic 6-3, 6-2 in the Round of 32, which was a disappointing return. During US Open too, her run was cut-short in the third round, where she lost to US compatriot Coco Gauff. Before that, she did make an impressive run in the Cincinnati Masters, where she lost to Petra Kvitova. In terms of playing style, Madison is a power hitter and her groundstrokes can be compared to top male athletes.

Elena is a force in the tennis world. She has carved out her name in high echelons this year. What happened? It was her Wimbledon title run where she defeated Ons Jabeur in the Final where she left deep imprints. Her win tally against top players has been impressive this year and it will be interesting to see how she responds in the future after having established herself as a big player.

She has been ranked at the 25th spot. Her campaign ended prematurely in Japan Open. Before that, in the Slovenia Open, she reached the Final, where she reached Katerina Siniakova. In the US Open, she lost in just the First Round, so yes a couple of first-round exits have impacted her ranking lately. How can the power hitter further her campaigns in the upcoming window?

Madison and Elena have met twice, and in the last game, she defeated her in two sets(Cincinnati Masters).

Two power hitters on a hard surface, what a promise! Elena’s consistency has been an issue but in the highly competitive environment of the WTA. This has been an amazing season that has brought to us multiple high-octane and unpredictable battles. This one is tough to call but Madison’s exploits against her would make her a favorite. But I believe Elena will break the curse here and take the game in three sets.