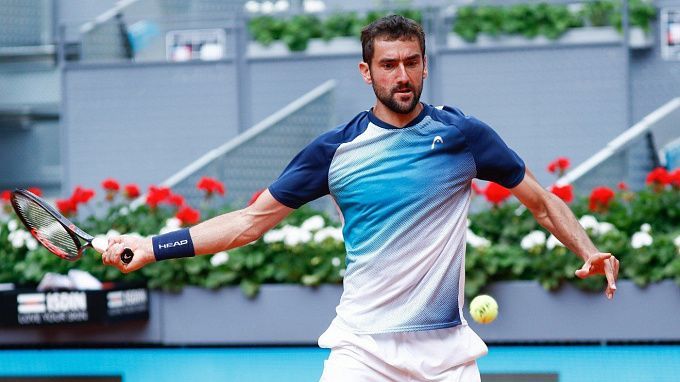 The final match of the Cincinnati Masters' last 16 will be Marin Cilic vs Carlos Alcaraz. The Spaniard is the big favorite, but we doubt he will have an easy walk with the Croatian.

In Montreal Cilic beat Coric and Khachanov, both in two sets, losing in the end to Paul. In Cincinnati, the Balkan knocked out Munar and Ruusvuori, the former in two sets, the latter in three. The duel against the Finn lasted more than three hours, Marin won with a score of 6-4, 6-7, 7-5. In that difficult match Marin made 13 aces and 10 double faults, won 78% of points on the first serve and 46% on the second, had 36%/56 on receptions and 31/65 of winners/unforced errors.

Alcaraz had a very quality match against McDonald in Cincinnati. We can see that he has been working since failed Montreal. The match against No.72 lasted just over an hour, and Mackenzie managed to win only five games in two sets. Carlos made five aces and one double fault, won 85% of his first-serve points and 79% of his second. Alcaraz had 42%/47% on receptions and 10/28 of winners/unforced errors.

The Croatian played 4 matches at the two Masters in the last 10 days and lost only once. Plus, Marin has an experience of beating Alcaraz so we doubt that the Croat is jittery in front of the young Spanish star. Moreover, he might enjoy beating taking revenge for the recent defeat in Miami. We're not sure that Cilic will defeat Alcaraz. However, we hope that the Croatian veteran is still able to battle the teenager who not so long ago lost to Paul.