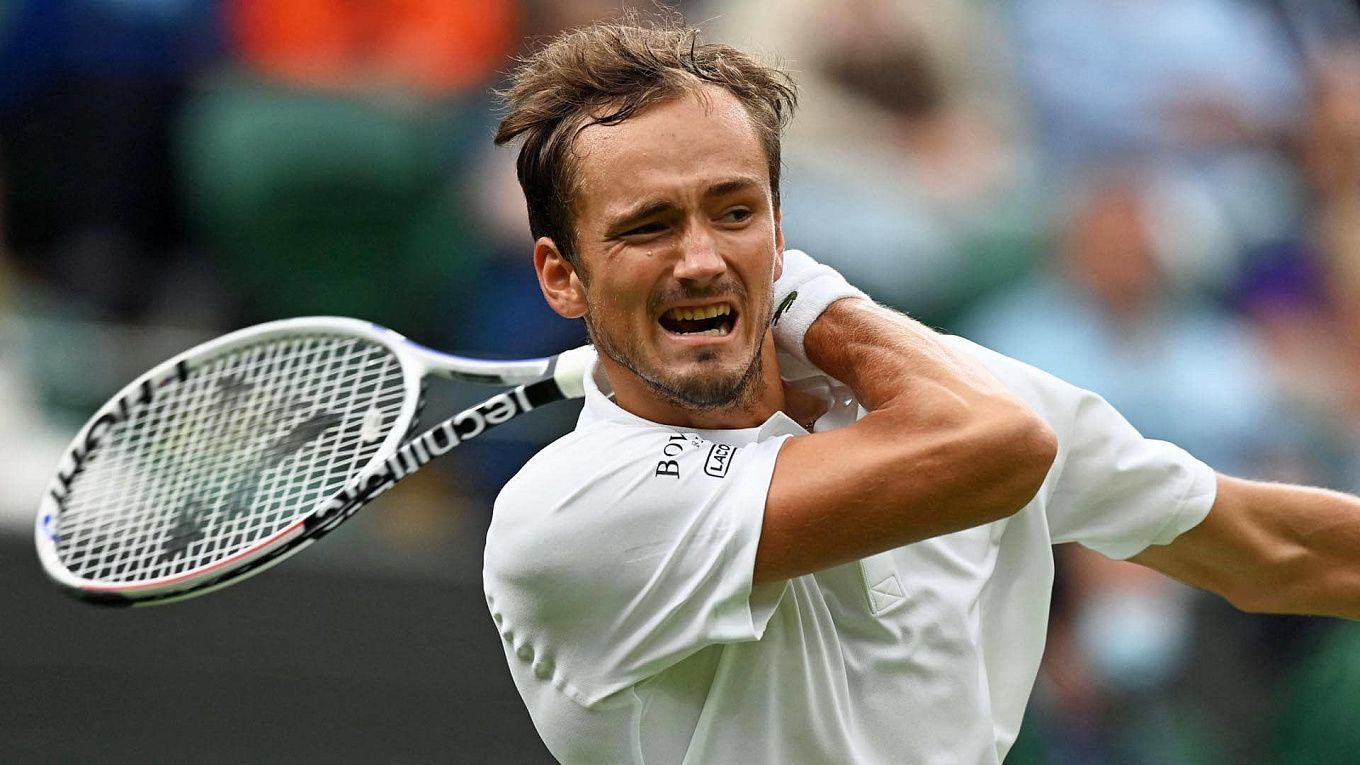 In the third round of the men’s Wimbledon, world No. 37, Marin Cilic will face world No. two, Daniil Medvedev. Daniil is quoted as the big favourite for the pair. The Russian is in great form and has good practice on grass.

This will be his 11th contest against Medvedev. Before Wimbledon, the Croat won Stuttgart and was a quarter-finalist in London. In Stuttgart, Cilic knocked out Molleker, Basilashvili, Rodionov withdrew, and in the final the Balkan overpowered Auger. In London, Marin beat Ofner and Fognini but was weaker than De Minaur. At Wimbledon, the Croatian was lucky in the first two stages of the tournament. First, Cilic fought Caruso, then Bonzi. Marin lost one set, and the match itself was quite a long one, lasting just over three hours, with the men playing a tie-break in the fourth set.

Daniil started the grass part of the season in Halle, Germany, from which he dropped out, losing 0-2 to Struff. A week after failures in Germany, Medvedev started at a tournament in Mallorca, where he eventually triumphed. On the Balearic Islands, the Russian defeated Moutet, Ruud, Carreño-Busta and Querrey, losing only one set in that time. At Wimbledon, Medvedev played two matches and met again in the first round of the Majors with Struff, Medvedev’s offender in Hull. This time the Russian was a winner as Daniil beat Jan-Lennart 3-1. In the second round of the Wimbledon tournament, Medvedev defeated Spaniard Alcaraz Garfia 3-0. It took only an hour and 37 minutes for Medvedev to get past the 75th-ranked player of the world. Such rapidity confirms Daniil’s excellent form.

Marin Cilic is not as scary now as he was in the old days. For Marin, the third round of the English Majors is an excellent result, which cannot be said for Medvedev, who will certainly do his best to go as far up the standings as possible. In August 2019, Medvedev beat Cilic in Washington 2-0. And since then, the Russian has only gotten stronger. On grass, Medvedev’s overall career performance is not the best, however, this season Daniil has already managed to get one trophy on the green surface. We believe that Medvedev will clinch another convincing win against the Croatian. We’ll bet on the second-ranked player of the world and against the Croatian: Total Under (36.5) for 1.96, Handicap 2 (-5.5) for 1.99, Individual Total 1 Under (16.5) for 1.84.