Marin Cilic vs Karen Khachanov Prediction: Betting on the Croatian 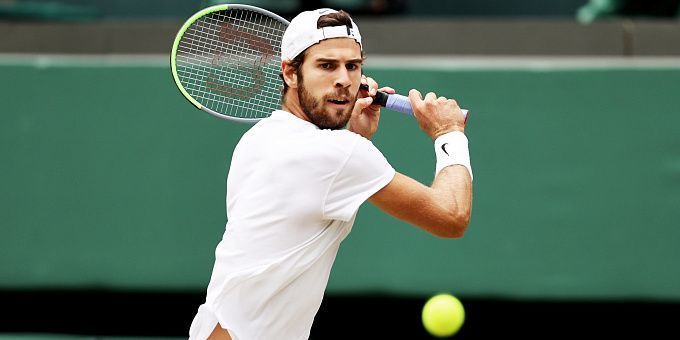 In the last 16 of the Astana tournament, world No. 18 Karen Khachanov will face No. 14 Marin Cilic. They are well acquainted, having met five times on tour, with three times in 2022. In general, the advantage is on the side of the Croatian, but Khachanov performed well on the courts of Kazakstan.

In Tel Aviv, Cilic reached the final, knocking out Tim and Lestienne and Brody withdrew from the tournament. The Croatian faced Novak Djokovic in the final and unfortunately had nothing to offer to the Serb. But the final was not bad either so he rose to the top-15 of the world ranking. Marin started in Astana with a good match against Otte of Germany. He lost the first set with a score of 5-7, the second set he won 7-6, and in the third set he defeated the German 6-2. Marin made seven aces and no double faults, won 80% of points on first serve and 57% on second. On the receiving end Cilic: 24%/59%. Overall, Cilic is in good shape.

Khachanov began the tournament with a confident victory over American Cressy in two sets. The match lasted an hour and a half, Karen won the fight with a score of 6-4, 7-6. In the second set the score was 7-3. Khachanov fired seven times and made three doubles, won 87% of points on the first serve and 75% on the second, 15%/46% on reception.

Both players have strong serve, but the bookmakers have overestimated odds on TO, so the main bet is the outcome. Karen has historically performed well at the indoors, but Cilic is in good form. Plus the Croat won his only indoor singles match and beat Karen at the Masters in Montreal in mid-August. And the current tonus is on the Balkan's side, with Marin making it to the finals in Tel Aviv last week, while Karen has not played since the U.S. Open.